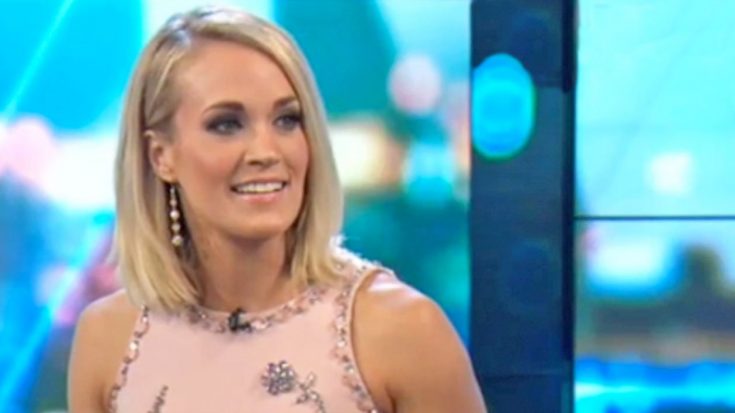 Over the last ten years, we’ve learned that Carrie Underwood is multi-talented. She can sing (obviously), she can play the guitar, and can break it down on the harmonica and the drums.

Turns out, that’s not where her talent ends! She’s holding out on us! In an interview with Australia’s news program The Project, Underwood stopped by to talk her Grammy nomination and so much more. She is currently opening for Keith Urban on tour in Australia.

One anchor asked her about her role as Maria in NBC’s live musical version of Sound of Music a few years ago and if that has inspired her to pursue other musical directions, like yodeling.

“I can yodel. I did on Sound of Music, but I did before then actually, and no, I will not right now,” she said with a laugh. “Because then everywhere I go people will be like, ‘Yodel for us!’ It’s just, it’s too much.”

Word to the wise, folks: Do not ask Carrie to yodel for you! She’s going to tease us like that but not show off her talent! Lucky for us, there’s recordings and videos from her role on The Sound of Music.

Watch her full interview with The Project below.

And enjoy her to her yodeling skills by clicking play below!