Charlie Daniels Shares Love For His Wife, Hazel, In 2014 Interview 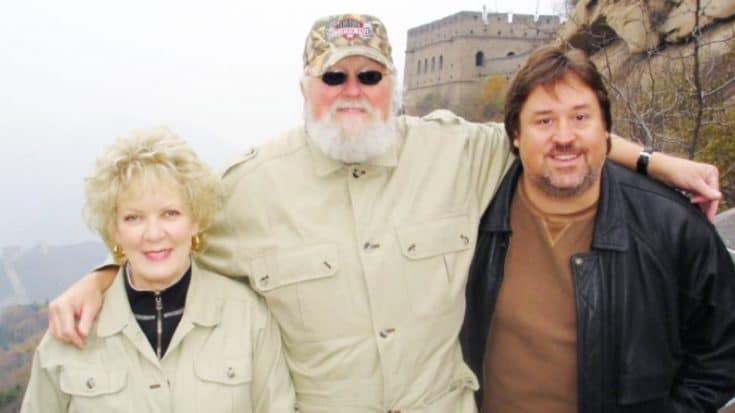 Charlie Daniels achieved some great things over the course of his decades-long career. But he considered no professional achievement to be any greater than his marriage with his wife, Hazel.

In an interview with NewsOK for their 50th anniversary celebration in 2014, Charlie shared the story of his and Hazel’s first meeting.

While playing at the Fondalite Club in Tulsa with his band called the Jaguars, Charlie said a pretty girl walked into the club, and instantly caught his eye.

“She came with a girlfriend of hers one night. And I said, ‘Hey I like that curvy little blonde over there. Hey how are you doin’?”

The two of them ended up falling in love, and decided to get married. But since Charlie was so busy with his performing schedule, they had to fit their wedding in when he didn’t have a show.

“I had one night off. I had Sunday off, so we got married on a Sunday morning. I had to go back to work Monday night, so we didn’t have a honeymoon,” Charlie said.

But over the course of their 50+ years of marriage, Charlie was able to make that up to Hazel, especially since she started touring with him after their son started college in 1983.

“In the last 50 years, we had a whole bunch of honeymoons. We don’t necessarily take them on our anniversary, but we’ve seen a good bit of the world together,” Charlie said.

When asked what his secret was to maintaining a strong marriage, Charlie said the answer is really simple:

“It’s just finding somebody you truly love that you want to spend the rest of your life with…If you can’t find somebody you’d like to spend the rest of your life with, don’t tie the knot, because that’s not gonna make ya happy. I’ve been blessed with finding the girl of my dreams, and here I am 50 years after without a regret in the world about marryin’ my darlin’ from Tulsa.”

It seems that Charlie had Hazel in mind when he recorded the romantic song “How Much I Love You” along with the Charlie Daniels Band. You can listen to this sweet love song in the clip below.

After 55 years of marriage, Charlie passed away on July 6, 2020. Our hearts break for Hazel, who loved him dearly.