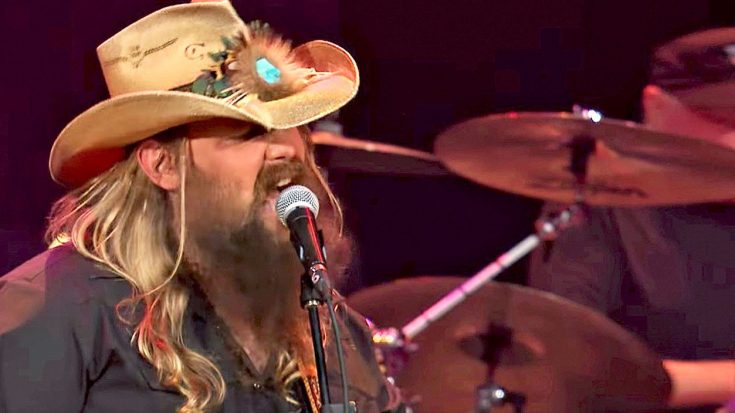 Back in July 2015, some of country music’s biggest stars gathered together in Austin, Texas to honor one of the genre’s greatest legends…Waylon Jennings. Footage from the tribute was packaged together in a concert special that aired on CMT on April 7, 2017.

Artists such as Toby Keith, Willie Nelson, and Kacey Musgraves all turned out to pay tribute to the late country legend with various performances. The lineup also featured one artist who is now a huge star, but was just on the brink of fame at the time of the concert.

That artist was Chris Stapleton. At the time that the concert was filmed, Stapleton was still relatively unknown to most country fans. But it was just a matter of months later when he reached an insane level of fame following his show-stopping performance at the 2015 CMAs.

Looking back at Stapleton’s performance during the tribute to Jennings, it’s no wonder why he is now one of the hottest acts in country music. Stapleton chose to honor Jennings with a cover of his major hit “I Ain’t Living Long Like This,” which was his 11th number one on the charts.

Stapleton can now be added to that list, and let us tell you, his cover is one of the best. He powered through the song with intense enthusiasm, and ended up putting on one stellar performance as a result.

Stapleton’s band should also be commended for their work during the performance. They kept the fun pace going throughout the song, especially during the multiple instrumental breaks.

It won’t take long at all for you to be hooked on Stapleton’s cover of Jennings’ iconic hit. So what are you waiting for? Go ahead and check it out below!