Clint Black Impersonates Willie Nelson, And He Sounds EXACTLY Like Him! 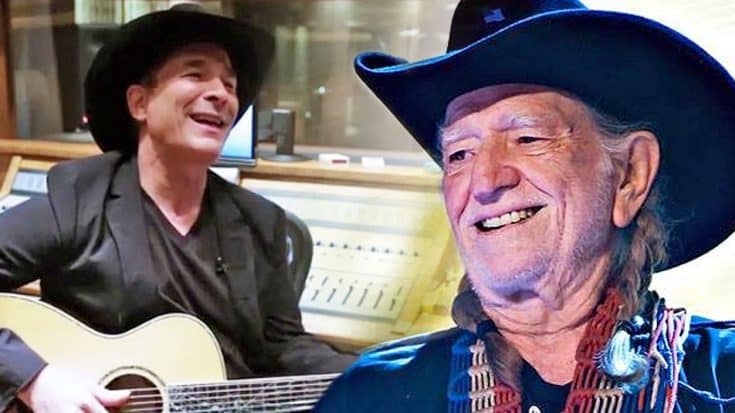 We’ve always known that Black has a lot of musical talent. This is evident in his many hit songs, including “The Shoes You’re Wearing” and his romantic duet with his wife Lisa Hartman Black, “When I Said I Do.” But we never had any clue that Black was good at impersonating other celebrities.

Black showed off his impersonation skills during a studio interview with Chideo. As it turns out, Black is an expert at impersonating another major country star, one whose voice is instantly recognizable.

Without a doubt, Willie Nelson has one of the most unique voices in all of music history. No one else out there sounds quite like him, well that is, except for Black.

Black has perfected his impression of Nelson so well that he can sing almost any song in his voice. During his interview with Chideo, he started off by singing Nelson’s duet with Waylon Jennings, “Good Hearted Woman.” If someone played the video of Black doing his impression and you were in another room, you’d swear it was Nelson singing.

Then, Black explained how he once met a guy backstage who loved his impression of Nelson. As Black was walking out of the venue after his show was over, the man shouted over the large crowd “Clint, you keep that Willie up!” which gave Black a good chuckle.

Black showed off the true depth of his impersonation skills when he sang a James Taylor song as Nelson. After that, Black sang his own hit song, “Killin’ Time” using Nelson’s voice as well.

We never knew that Black had this hidden talent! Needless to say, we’re pretty amazed by how he can make his voice sound exactly like Nelson’s. You can hear for yourself in the clip below.

Try playing this without showing your friends the video and see if they are fooled!