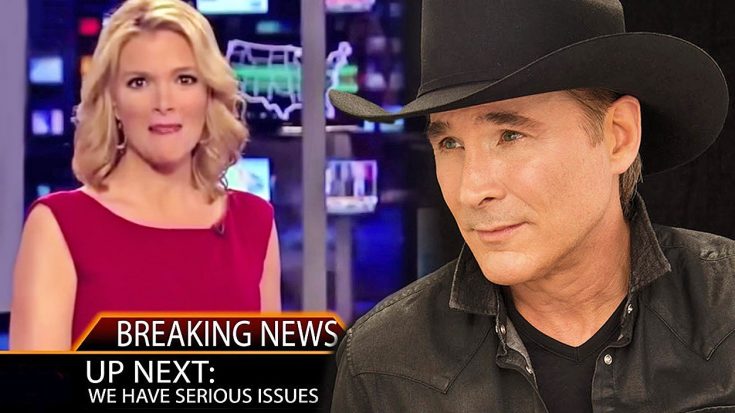 Regardless of which side of the political spectrum you’re on, there’s no arguing the fact that the media coverage can be overwhelming at times. It seems that we’re constantly bombarded with information about the election and the candidates. But that information is often repetitive or uninformative.

This is something that country icon Clint Black addresses in his song “Still Calling it News.” Black originally wrote the song during the 2012 election, inspired by the media frenzy that took place at that point in time. Now, with the media hype being even greater with this current election, Black saw the perfect oppertunity to release an accompanying video for the song.

Although “Still Calling it News” can be considered as a scatching response to the mainstream media and how they cover the news, the video makes it come across as more satirical.

The lyrics to the song play across the screen like breaking news bulletins, as Black sings about the media, saying, “They focus on the pointless, it’s blurring my view. Now everything they were thinking, and not a thing they knew…it’s getting pretty old but they’re still calling it news.“

Clips featuring real news anchors and reports make up the entire video, along with fake, chuckle-worthy headlines. These headlines, such as “Dogs Are Super Cute” and “What Are We Discussing?” lightly make fun of the way the news is portrayed.

While the video can certainly be viewed as a critique of the mainstream media, Black wants to make it clear that it is not any form of political statement. In a press release, Black stated the video, “shouldn’t be taken as a political statement, but rather as a way to illustrate how our focus has been steered away from the important issues facing our country today.”

Black then went on to add, “If we had the footage, we probably could’ve made an equally absurd video of the Jefferson/Adams election.“

Go ahead and check out Black’s video for “Still Calling it News” below, and let us know your thoughts! Do you agree with him?