Conway Twitty And Loretta Lynn Sing “After The Fire is Gone,” Their First Ever #1 Together

By Jennifer Pernicano on March 24, 2016
Advertisement 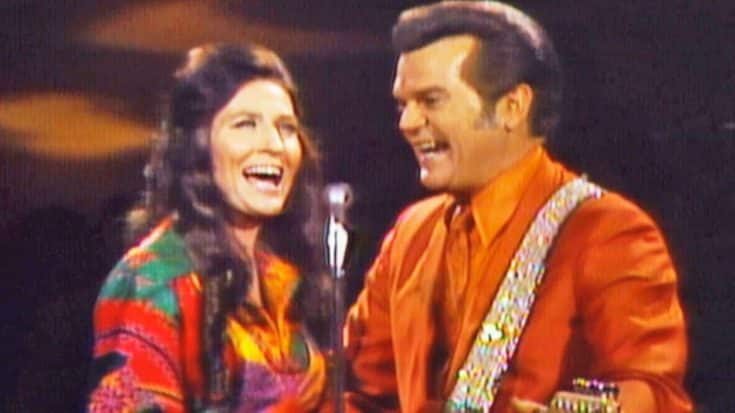 We guess you could say Conway Twitty and Loretta Lynn’s musical partnership was a successful one!

All jokes aside, the two legendary singers eventually recorded eleven studio albums together, and charted five No. 1 hits. They have also won Top Vocal Duo at both the CMAs and ACMs four times and CMA Album of the Year once.

One of their five No.1 hits was “After The Fire Is Gone,” which was released in January 1971 as the only single from their first ever album together, We Only Make Believe.

After watching them perform the song live, it’s hard to think that this was their first collaboration. Their chemistry is incredible and the music is even better. No wonder they worked together for so many years!

“After The Fire Is Gone” stayed on the charts for a total of 14 weeks and won Twitty and Lynn their very first Grammy Award.

In 1974, Willie Nelson and Tracy Nelson recorded a cover version and it reached No. 17 on the country charts. It has also been recorded by Ricky Lynn Gregg and Tanya Tucker.

Watch Lynn and Twitty perform “After The Fire is Gone” below!