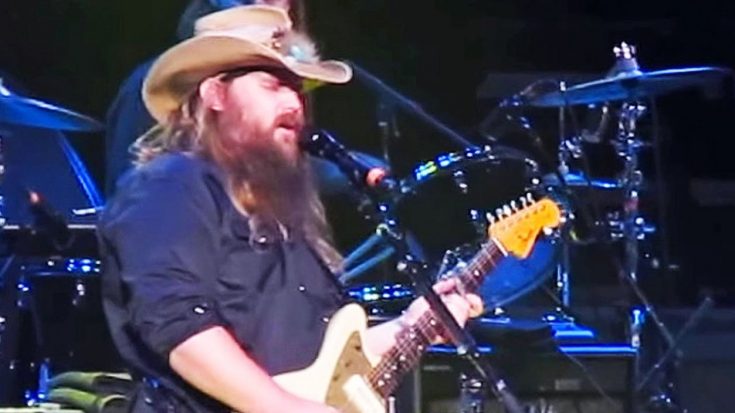 As Lynyrd Skynyrd‘s fans know well, Charlie Daniels can throw an awesome party. For years, Daniels has hosted his Volunteer Jam concert, which has always showcased some of the greatest country music and Southern rock out there.

The 2016 Volunteer Jam was extra special because it was combined with Daniels’ 80th birthday celebration. He invited some of music’s biggest stars to perform, including Kid Rock, Travis Tritt, and current country music sensation, Chris Stapleton.

Stapleton had been a well-respected member of the Nashville songwriting community for years before he obtained superstardom. His life was forever changed following his performance with Justin Timberlake at the 2015 CMA Awards. For the first time ever, a huge audience was exposed to Stapleton’s raw talent and unique, bluesy-soul style of singing.

Now, Stapleton is one of the biggest names in country music. His fame earned him a spot at Daniels’ Volunteer Jam, where he brought everything full circle by performing a Skynyrd classic.

Much to the crowd’s delight, Stapleton moved into playing and singing Skynyrd’s iconic ballad, “Free Bird.” He delivered each word with such an intense level of passion that we’re sure it gave everyone goosebumps.

Stapleton only sang a short portion of “Free Bird” before he moved into his own song, “The Devil Named Music.” But those few minutes were enough to show us that Stapleton knows how to sing “Free Bird” and nail it!

Go ahead and tune in below to watch Stapleton’s impressive “Free Bird” performance. What did we tell you? Great things happen at the Volunteer Jam!