By Miranda Raye on November 16, 2017
Advertisement 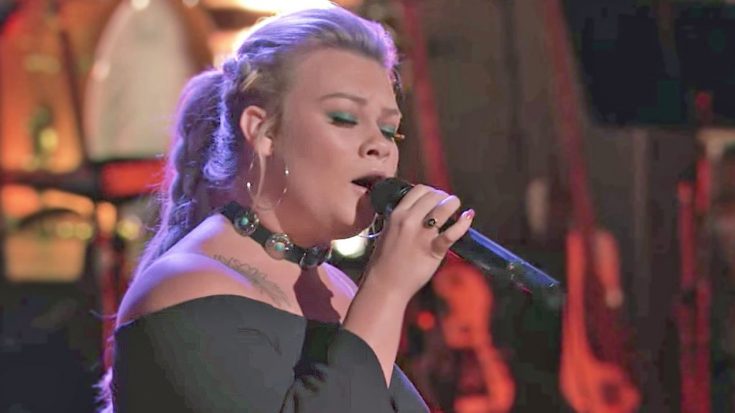 Following her blind audition performance of “You Are My Sunshine,” it was clear that Ashland Craft was going to be one of the star competitors on this season of The Voice. After winning her battle and knockout, Craft advanced all the way to the playoffs thanks to the guidance of her coach Miley Cyrus.

The playoffs were prerecorded, and gave the contestants one final chance to prove themselves to their coaches. At the end of the playoffs, each coach had to choose only three artists to take with them into the live shows. So as you would imagine, there was a lot of pressure connected to the playoffs!

Craft thrived under that pressure, though she was understandably nervous during rehearsals. But all signs of such nerves disappeared when she hit the stage for her playoff performance of Gretchen Wilson‘s hit song, “When I Think About Cheatin’.”

Released in 2004, “When I Think About Cheatin'” was the third single off of Wilson’s debut album, Here for the Party. The song became Wilson’s third consecutive Top Ten hit, and peaked at the fourth spot on the Hot Country Songs chart.

The song has its softer moments, but it also has some higher notes that require some vocal power. Luckily for Craft, she had no problem tackling those tricky high notes. In fact, she excelled at them, and added some skillfully executed growls that enhanced the song’s raw and emotional nature.

There’s no denying the fact that Craft gave her performance her all. Go ahead and check it out below.