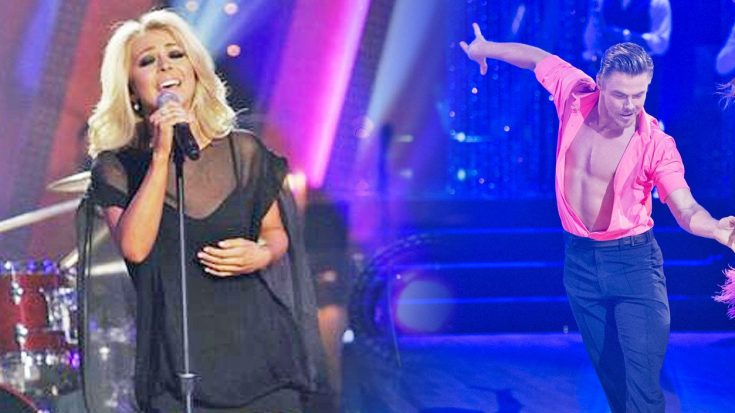 It’s no secret that Julianne and Derek Hough are two of the most talented dancers in the business. However, in addition to sweeping the Dancing With the Stars competition year after year, the brother-sister duo also have a few more talents up their sleeves.

Back in 2008, Julianne released her self-titled debut country album featuring her hit country song “That Song in My Head” in addition to her emotional ballad “My Hallelujah Song.”

Committed to her job as a dancer on the dancing competition series, Julianne still took part in the season that coincided with her album release in May of 2008. While in the throws of Season 7 of the show, Julianne showed off her insane vocal skills while brother Derek danced around her with his dancing partner Brooke Burke.

The blonde beauty’s vocals were at the top of their game, the young singer flawlessly executing every note while her costars danced around her to the beat of her inspirational song.

You can watch it all go down in the video below!