‘Dixie On My Mind’ Has Entire Stadium Dancing Along In Epic Hank Jr. Special 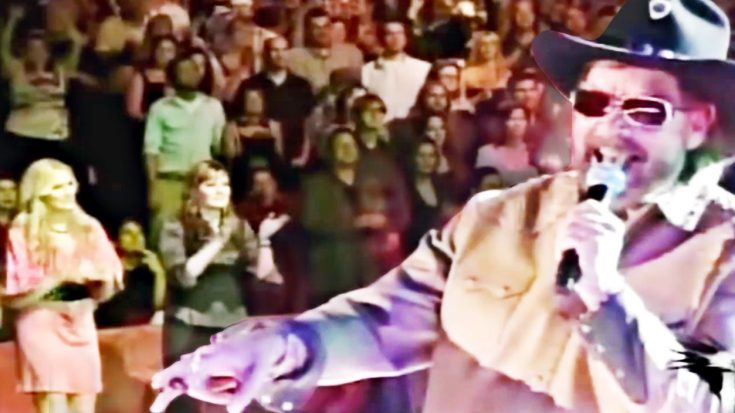 This epic night of performances honoring him as country music royalty was punctuated by unforgettable music, but most notable was his rousing delivery of a 1981 chart-topping masterpiece!

Written and recorded by Hank Williams Jr., “Dixie on My Mind” became a massive country hit after being released as the second single to his gold-certified album, Rowdy.

His fourth number one hit on the country charts, Hank Jr.’s rocking country jam features him exploring what life is like in the big city, only coming to realize that it’s dissatisfying and he cannot go back home to the country.

Appearing on stage next to Kid Rock, Hank Jr. joins a bevy of performers who had come out to honor him during his night as one of CMT’s “Giants of Country Music” for their TV special of the same name.

Without further ado, this country legend launched into a full-on assault of country badassery with a wild and rowdy performance of this killer hit. Not a single audience member was seated as they all sang along and danced in the aisles.

Check out Hank Jr.’s killer delivery of one of his biggest hits in the video below!