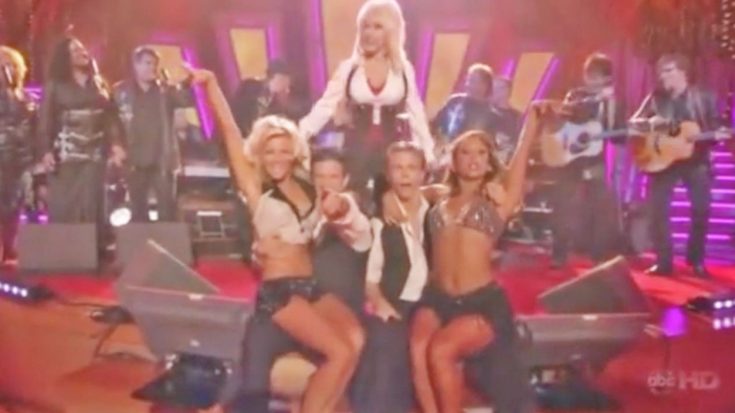 Julianne Hough changed the game of Dancing With the Stars when she waltzed onto the set of Season 4, going on to become the youngest pro to win the competition with celebrity partner Apollo Ono. After etching her name into the hearts of nation, Julianne invited her older brother Derek to join her on the dancing competition series.

Leading up to the results of Season 5 of the show, which determines what teams advance into the next round and who would head home, the Hough siblings joined fellow “Dancing” pros for a red hot dance to Dolly Parton‘s iconic “9 to 5.” And who better to have lead them in the dance than the country music icon herself?

Parton resurrected her critically acclaimed anthem of the 1980 film, 9 to 5, which told the story of a working woman’s strife. The country singer led the Hough siblings and DWTS’ ﻿Mark Ballas and Cheryl Burke in the dance.