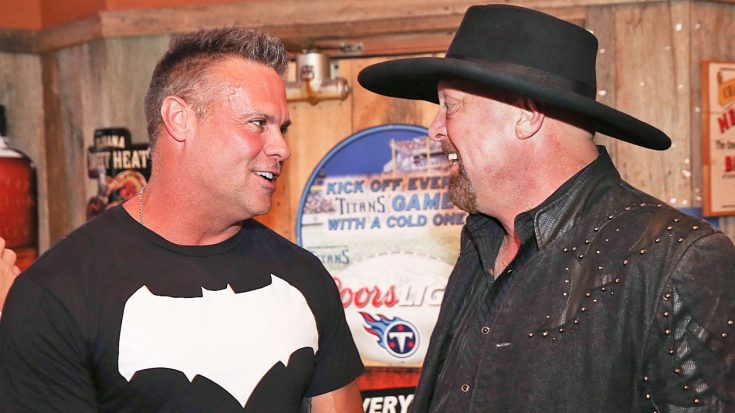 Following the tragic death of his Montgomery Gentry bandmate Troy Gentry on September 8, Eddie Montgomery remained silent. He continued to maintain that silence following Gentry’s celebration of life at the Grand Ole Opry on September 14, which he attended.

Montgomery has made a select number of public appearances since then, including one at the CMA Awards. He surprised everyone watching when he walked out in the middle of Dierks Bentley and Rascal Flatts‘ performance to lead a tribute to Gentry.

A week after that performance, People published Montgomery’s first interview since Gentry’s death. In the interview, Montgomery finally opened up about how he felt on that tragic day, and how he’s continuing to cope:

“A little piece of my soul got lost there. It was a horrific day, my world changed as much as the band did. It’s something that you never get over. It’s going to be in my mind and my soul for the rest of my life.”

As for his future as a performer, Montgomery said that Gentry would want him to continue singing. He shared with People that the two of them had actually discussed what they wanted for Montgomery Gentry if one of them died before the other.

“We said to each other, ‘Hey, we want Montgomery Gentry to keep going,'”Montgomery said. “It’s weird, I always thought it was going to be me that went down first.”

Now that Gentry is gone, Montgomery knows his friend and “brother” would want him to keep their music alive. That’s exactly what he plans to do from this point forward:

“I’ve never done anything else but play music. It’s all I’ve ever known…He was more than just a singer. He was a brother and he was always there. As far as I’m concerned, we’re still making music together.”

That music can be heard on the last album that Montgomery Gentry ever recorded together. Titled Here’s to You, the album is set for release on February 2, 2018. Its lead single “Better Me,” was released shortly after Gentry’s death. You can watch its lyric video below.

Our prayers remain with Montgomery and all who knew and loved Gentry. He’s so dearly missed.