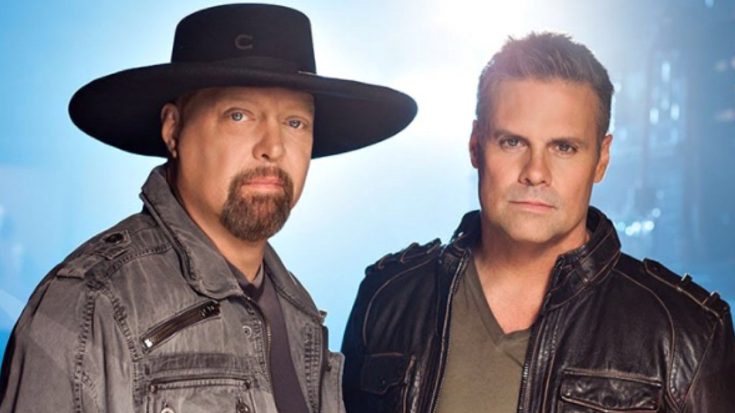 Eddie Montgomery has remained quiet ever since the death of his Montgomery Gentry partner Troy Gentry earlier this month. Gentry died in a helicopter crash on September 8 just hours before the two were to take the stage in Medford, New Jersey.

Shortly after Gentry’s death, the duo’s record label, Average Joes Entertainment, revealed that Montgomery Gentry had recently completed an album. Fans got to hear the first song from that new album, “Better Me,” at the conclusion of Gentry’s memorial service at the Grand Ole Opry House on September 14.

In a statement sent to radio programmers and obtained by Taste of Country, Eddie Montgomery speaks out for the first time since Troy Gentry’s death.

“I want to thank everyone for their support and prayers. Our world was turned upside down in an instant, and nothing could have prepared us for this,” Montgomery writes.

“Over the past few months me and T-Roy have been working on what I think is the best record of our career. In the last few weeks we had been talking about what our first single would be. Then on September 8, none of that mattered.

“‘Better Me’ is a song we all loved,” Montgomery continues. “It speaks volumes about his life and who he had become and everybody he touched and how much he loved his family. I am so proud of this song and also to call him my friend, my family, my brother for 30 years.”

Our prayers continue to be with Eddie Montgomery and Troy Gentry’s family and friends.

Hear Montgomery Gentry sing “Better Me” in the video below.