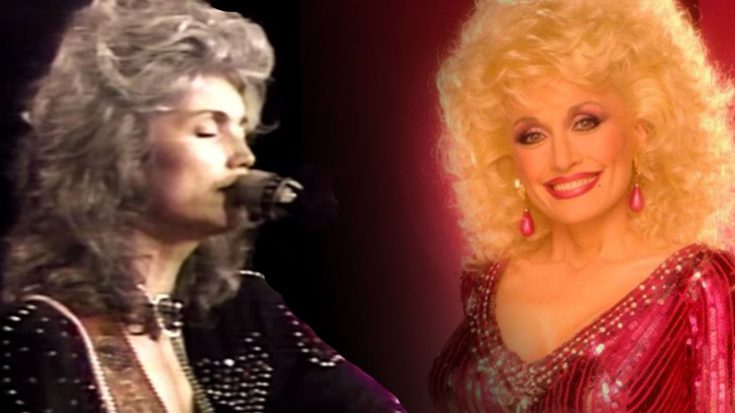 The Grammy-winning singer/songwriter shares her love for this unforgettable song penned by someone she greatly admires!

Emmylou Harris has dazzled, delighted, and delivered with some of the most incredible country and folk music the world has ever heard. She had often been a visitor to the Austin City Limits shows, but at one point in the 80s, she took a seven-year break.

Upon her highly-anticipated return to the Austin City Limits stage, fans cheered and hollered for her, welcoming her with open arms. What Harris brought with her was a renewed view of music and, with that, she dabbled in some exciting new things on stage.

Part of her set list during the performance way back in 1989 was a cover of one of Dolly Parton‘s chart-topping masterpiece classics, “Coat of Many Colors”.

Softly and tenderly, Harris strummed and sang her heart out into this tribute to the phenomenal artists we’ve all grown up listening to. The twangy sound of the rendition paired with Harris’ voice was all that was needed to bring the audience to their feet.

Watch this incredible tribute to Dolly Parton from the one and only Emmylou Harris in the video below!