By Miranda Raye on November 28, 2016
Advertisement 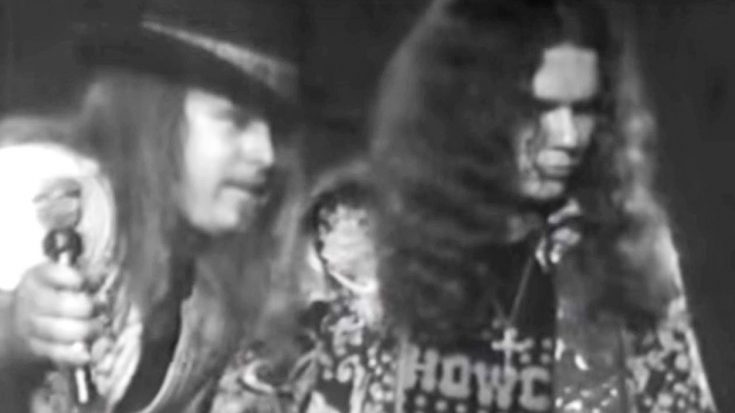 Honestly, what’s not to love about the third track off of Skynyrd’s debut album (pronounced ‘Lĕh-‘nérd ‘Skin-‘nérd)? Propelled by their iconic anthem “Free Bird,” Pronounced put Skynyrd on the map as rock phenomenons.

Although “Gimme Three Steps” never charted following the release of Pronounced, it remains a fan-favorite today. As soon as Skynyrd Nation hears that opening drum beat and that catchy guitar solo, they’re hooked.

One of the most exhilarating performances of the song that we’ve ever seen from Skynyrd came in 1977. The month was July, and the location was the Convention Hall in Asbury Park, New Jersey.

Thankfully, someone thought to record that concert, and we now have incredible footage to look back on and remember members of the band who have since passed away. Even though the performance happened decades ago, you can feel the raw energy that filled the room at the time.

That raw energy resulted in a mind-blowing presentation of “Gimme Three Steps,” with a particularly captivating performance from lead singer Ronnie Van Zant. His powerful voice boomed throughout the room, filling it with sound.

Plus, the performance featured the astounding guitar work of Gary Rossington, Allen Collins, and Steve Gaines. It’s clear that Skynyrd was at the top of their game during this performance, which you absolutely have to see. And you can do just that by tuning in to the clip below!