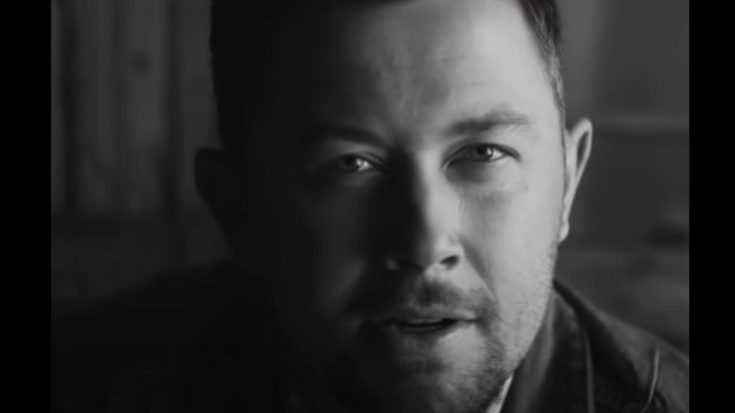 Scotty McCreery sang his way straight into our hearts when he appeared on the tenth season of American Idol. His country boy charm and deep voice won so many people over that they sent their votes flying in for him. Those votes were enough to push Scotty into the finale, where he was eventually crowned as the season’s winner.

Since winning Idol, Scotty has made his mark on country music with songs such as “Five More Minutes,” “This Is It,” and “Feelin’ It.”

In addition to singing, Scotty also wrote an autobiography, Go Big or Go Home: The Journey Toward the Dream. The book details his life story from the time he was a child, to his days on Idol, to now.

Even though Scotty has been in the spotlight for many years now, there are still some things about him many people don’t know. We’re about to fill you in on six lesser-known facts about Scotty so that you can be able to declare yourself a super fan of his. Check out those facts below!

1. Our American Idol Was Almost…Evan McCreery?

Scotty’s real name isn’t actually Scotty, but it is close. Scotty was born with the name Scott Cooke McCreery, and even called himself “Scott” early on during his time on Idol.

But if his parents had gone with their first choice for his name, he would have been “Evan McCreery.” Scotty’s parents had been set on the name Evan until they were driving to the hospital when it was time for him to arrive. They changed their minds on the way there, and that’s how he ended up being named Scott instead.

2. He Is A Quarter Puerto Rican

Scotty’s father was actually born in Puerto Rico to an American father and a Puerto Rican mother. Scotty’s grandparents eventually moved to North Carolina, where his family now lives.

Despite his Puerto Rican background, Scotty revealed that he never learned how to speak Spanish fluently. He says his grandmother offered to teach him when he was young, but he never got around to learning it and now regrets that he didn’t.

3. He Won A Form Of Idol Before

Although nothing like American Idol, Scotty did win another singing competition with the word “Idol” in the title before he appeared on the real deal. Called “Clayton Idol,” the contest was held by WQDR-FM at the Clayton Harvest Festival in Clayton, North Carolina.

Scotty won the contest in 2013, and kept up a busy schedule afterwards. He travelled around his local area and performed shows at the radio stations, all to help raise money for sick children. Now that’s a true winner!

4. His Favorite Snack Is Not At All What You’d Expect

ince everyone always wants to learn more about their favorite country stars, Sounds Like Nashville asked Scotty a series of 10 questions to get to know him a little better. One of the questions they asked him was what his go-to snack food is, and his answer may surprise you.

Being a country boy born and raised, we figured Scotty would have said something like biscuits or homemade pie, but his answer was completely unexpected. So what’s Scotty’s favorite snack? Reduced fat Cheez-Its. That was quite specific!

Scotty is a country singer first and foremost, but he is also a huge sports fan. He played baseball all throughout high school, and grew up loving Boston sports, particularly the Boston Red Sox.

In 2013, two years after winning American Idol, Scotty got the chance to showcase his passion for baseball in a big way. He wrote a series of blogs for the MLB throughout the duration of the baseball season, which were called McCreery on the Majors. That’s a pretty big deal!

6. His Guilty Pleasure Is…

Also during his question and answer session with Sounds Like Nashville, Scotty revealed what his #1 guilty pleasure is. It took him a while to think of something, but once he did he said that he honestly wasn’t all that guilty about it.

So what’s Scotty’s guilty pleasure? Believe it or not, he’s a country boy who loves to listen to some Katy Perry every now and then. We never would have guessed that!

We may not have had any clue that Scotty loved to jam out to “Teenage Dream” and “Hot n Cold,” but which one of these facts surprised you the most?