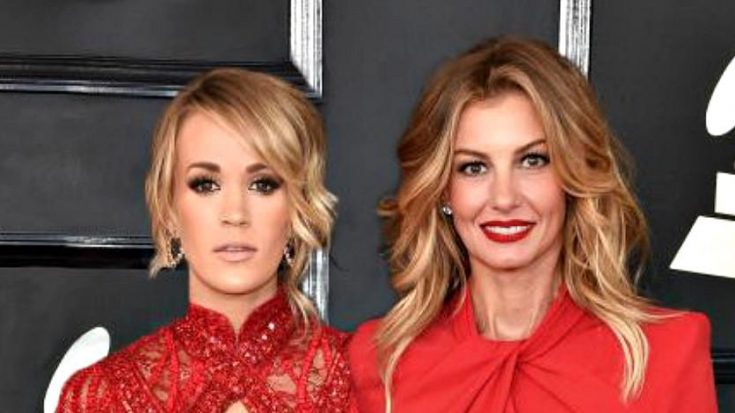 Carrie Underwood and Faith Hill set Twitter on fire when they arrived on the Grammy Awards red carpet in nearly identical dresses.

Y’all Faith Hill and Carrie Underwood wore the same dress? I quit. SOMEBODY IS FIRED

Both dresses were made by Lebanese designers and featured a busty cutout and a flirty high slit. The bold red gowns were set apart only by the lace and sequins on Underwood’s dress.

Underwood, a seven-time Grammy winner, was nominated this year for Best Country Solo Performance for her hit “Church Bells.” She also performed on the Grammy stage with Keith Urban on their newly released single “The Fighter.”

Hill, a five-time Grammy recipient, attended the award show with her husband, Tim McGraw, and go the night off to a great start when McGraw’s hit song “Humble and Kind” was named Country Song of the Year.

Check out the photos of Faith Hill and Carrie Underwood below and let us know who you think wore it best.