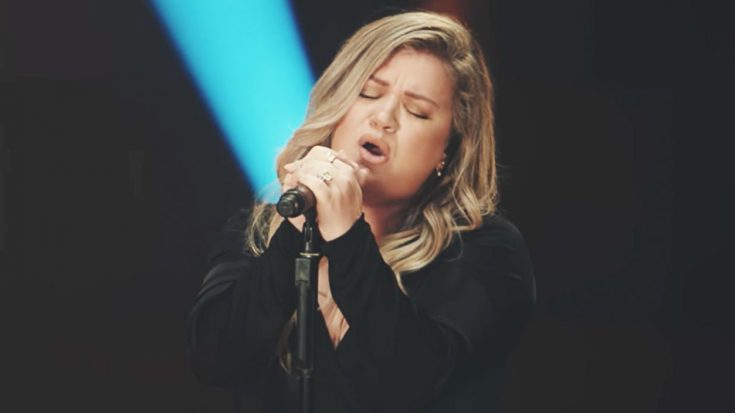 While we are patiently waiting for Kelly Clarkson’s first album with her new record label Atlantic Records, she has once again graced our ears with something off the much-anticipated project. Clarkson didn’t even promote that she was ready to drop another single!

She debuted the title track to her album Meaning of Life, which is set for an October 27 release, on Thursday (Oct. 19). She not only released the studio version of “Meaning of Life,” she also dropped a live version, which had fans going crazy!

“What the [heck] Kelly? You release the song and then couldn’t wait to put out a live version that blows the studio version out of the water this soon?!?!? I wasn’t ready for this!!!!” one fan wrote on the YouTube video with a series of skull emojis.

Another said, “OMG. Amazing. How can one person be so versatile? Her voice is beyond description. Can’t wait to hear the rest of the album.”

Clarkson has always had a knack for soulful songs. Her version of Aretha Franklin’s “Respect” pretty much single-handedly won her the very first American Idol title. Since her win in 2002, she has released seven albums with RCA Records. She had massive success, selling over 25 million albums, 36 million singles, winning three Grammy Awards and countless other accolades.

Upon signing a long-term deal with Atlantic Records in 2016, Clarkson revealed that she would be working on a soul-influenced album that she has been wanting to make for many years.

“‘Meaning of Life’ is the song that started this entire project,” Clarkson said of the single, according to Harper’s Bazaar. “The vibe, soul, and message of this song was very critical to show other writers and producers of the new direction we were taking.”

To pre-order her album Meaning of Life, click here. Watch her incredible live version of her new single below.