By Miranda Raye on September 12, 2017
Advertisement 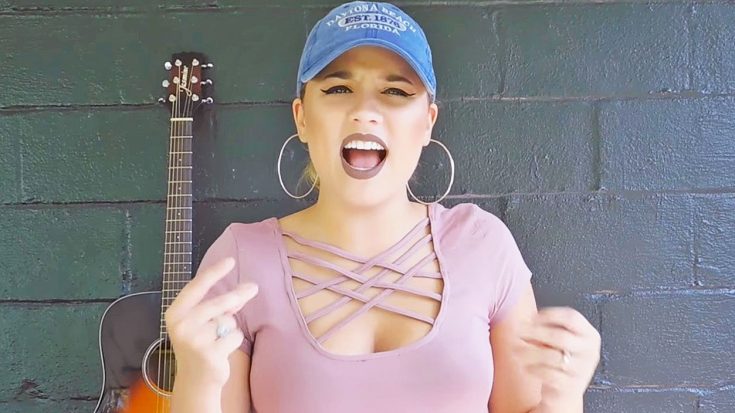 Any country gal in search of a personal anthem finally found one when Gretchen Wilson released “Redneck Woman” in 2004. The song was Wilson’s debut single, and instantly placed her on the map and into the history books.

Wilson went on to win the Grammy Award for Best Female Country Vocal Performance in 2005 for her performance in “Redneck Woman.” That performance has inspired multiple generations of country fans to offer their own takes on the tune, including one 17-year-old.

Gabby Barrett is a talented teen with a great love of music, no matter the genre. A browse through her YouTube channel will show cover videos of everyone from Whitney Houston to The Band Perry. She is also a fan of Motown, and was awarded the first prize in Smokey Robinson’s Motown Contest.

One video that stands out on Barrett’s channel is her cover of “Redneck Woman.” Released in August 2017, the video has generated thousands of view in a little over a month.

It’s easy to see why Barrett’s cover of “Redneck Woman” has attracted so much attention. She wastes no time jumping into the song, guaranteeing that you’ll be hooked from the start.

Barrett kept her cover feisty and full of spunk, staying true to the way that Wilson sang the song over a decade ago. Her energetic personality makes her cover engaging to watch, as opposed to other videos where people just stand there and sing.

Of course, we can’t talk about this cover without mentioning the quality of Barrett’s voice. For being so young, she demonstrates unbelievable control over the tone and dynamics of her sound.

Plus, Barrett knows how to give her voice just the right amount of sizzle for a song as fiery as “Redneck Woman.” Hear it for yourself by watching her cover video below!

If you’d like to see some of Barrett’s other videos, you can do so by visiting her YouTube channel here. Be on the lookout for her!