By Manly Bryant on October 23, 2017
Advertisement 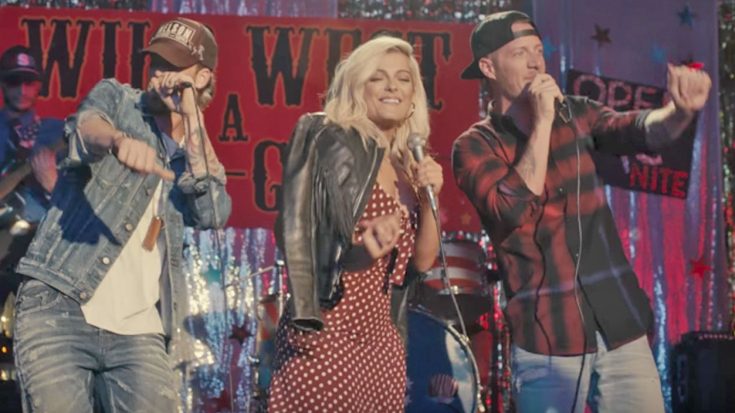 Florida Georgia Line added another hit to the their long list of outside-the-genre collaborations when they teamed up with popstar Bebe Rexha for her sultry single, “Meant to Be.” FGL’s Tyler Hubbard and Brian Kelley reunited once again with Rexha to tell a complex story of wanderlust in the form of an alluring music video.

The music video for “Meant to Be” begins with the Brooklyn-born popstar leading a vagabond lifestyle holding a trash bag full of her belongings, the blonde beauty picked up by a trucker who drives her to the nearby town. She  quickly lands a job as a waitress at the town diner, the boys of FGL stopping in for a bite to eat before hitting the stage for a concert later that night.

In a Cinderella-esque story with a country twist, Hubbard and Kelley invite the talented waitress to join them on tour. In the final moments of the video, the story takes a sorrowful turn, begging the question, was it meant to be?

“I think it changed my mind about music in general,” Rexha shared in an interview with Billboard in regards to collaborating with the country music duo. “I’m learning that music business is based off of just great songs.”

In addition to their collaboration with Rexha, FGL have notched massive radio hits with the help of the Backstreet Boys in their most recent No.1 “God, Your Mama, and Me” in addition to their appearance on EDM pop duo The Chainsmokers’ “Last Day Alive.”

You can watch the music video below.