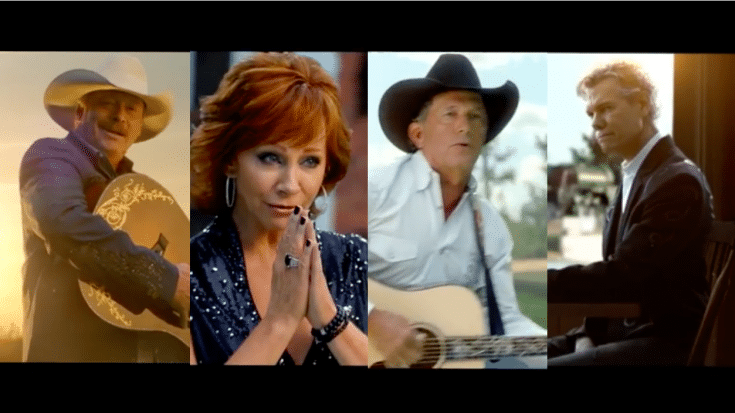 Last week, country music history was made as the genre’s most epic collaboration was released. Consisting of 30 of country music’s artists and three award-winning country songs, “Forever Country” is a tribute to the CMA Awards’ 50-year anniversary.

The project was produced by Shane McAnally, a Grammy award-winning producer and songwriter. McAnally sat down with Nash Country Daily for an interview recently and shared some little-known secrets about what is being called the best country music project ever recorded.

When asked what other songs had been considered for the collaboration, McAnally shared that Glen Campbell‘s “Gentle on My Mind” and Kenny Rogers‘ “The Gambler” were early contenders.

“Ultimately, everyone felt like ‘I Will Always Love You’ was the centerpiece that we needed,” McAnally said. “I was having a hard time figuring out how that song could sing with any other song because it’s such a personal song. It’s a song to one person. When it’s sung over ‘Take Me Home,’ it takes on a new life. It feels like you’re singing to the music.”

One of the biggest questions surrounding “Forever Country” is how artists were chosen to participate, and why some were left out.

“It started with previous CMA winners, which helped to at least narrow it down. We said we’re going to do a mashup like ‘We Are the World,’ and people were like ‘What?’ After Dolly and George Strait agreed to do it, it felt like everyone took a step back and were like, ‘Wait, what is this?’, Shane admits.”Then we were able to put all of those asks out to the stars. You had to be available twice. One to sing. One to shoot the video. And it was in the summertime when they are all touring heavily. So I think we got very lucky. It was an act of God. They shot the video during CMA Fest so the artists were just running through. I think we were very lucky. There were just a handful of people who we just couldn’t get their schedules to work.”

McAnally also confessed that there were moments when he wondered what he’d gotten himself into, but is proud to have seen it through and is thrilled with the result.

“Looking back over this project, it seems near impossible. It just came together with such an amazing group of people. The CMA is just the greatest group of people and everyone helped. Everyone got their artists involved and made this a big deal. I’m really proud of it.”

We’re proud of it too, Shane! If you haven’t seen the video for “Forever Country” (or even if you have) check it out below!