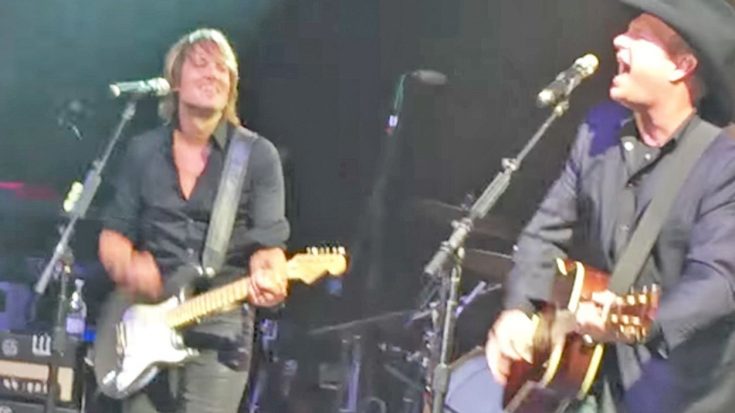 During the first-ever Academy of Country Music Lifting Lives Gala back in April of 2017, Garth Brooks and Keith Urban set the stage on fire with a rocking duet to the tune of “Friends In Low Places.” The night was co-hosted by Brooks and his wife Trisha Yearwood, the event raising over $1.5 million for the ACM’s charity arm and Brooks’ charity, Teammates for Kids.

The rousing event transformed the ballroom at the Omni Dallas Hotel into a makeshift country festival. The night featured some of the biggest names in country music including Hunter Hayes, Little Big Town, Lady Antebellum, and of course the “Blue Ain’t Your Color” singer.

“It feels good to be playing, we haven’t played in a while,” Urban said according to Rolling Stone, at the time taking a break from touring as he was still a judge on American Idol. “I wish we could play all night.”

After performing some of his biggest hits, Brooks joined Urban for the first duet of the evening to the tune of his Grammy Award-winning mega hit.

You can watch their rocking performance below.