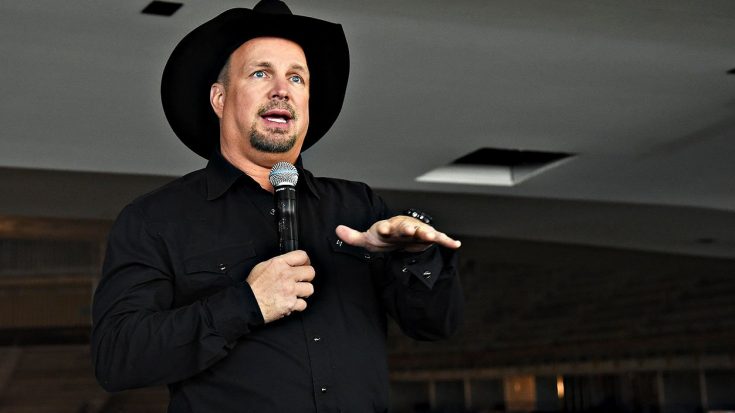 Immediately following his sweeping CMA Awards win for Entertainer of the Year, longtime country superstar Garth Brooks opened up about fellow musician, Miranda Lambert, and expressed how he feels about what she’s been doing.

Brooks, who simultaneously admitted to lip-syncing his CMA Awards performance, confessed that he didn’t know why he was selected for Entertainer of the Year, but wanted to say “thank you” as loud as possible.

On top of that, he also wanted to dish his thoughts on Lambert who took home the crown for Female Vocalist of the Year and issued a heart-rending performance of her song “To Learn Her” from her latest massive album, The Weight of These Wings.

In the backstage interview, Brooks swiftly moves from speaking about his own performance to dishing the details on Lambert, and he raved nearly endlessly about her.

“Let me tell you who fought the good fight tonight, in my opinion. Miranda Lambert,” Brooks said with immense conviction.“She’s one of few females that we play, so you’d think she’d want to play it safe. She came out, and she stuck country music in all of our faces tonight.”

Lambert’s song hasn’t been issued as a single from the album yet, but has still soared across fans’ speakers in waves and the album has already been certified Platinum by the RIAA, making it a smash hit for the treasured country singer.

Watch Brooks’ interview with reporters following the 2017 CMA Awards in the video below and let us know what you think in the comments.