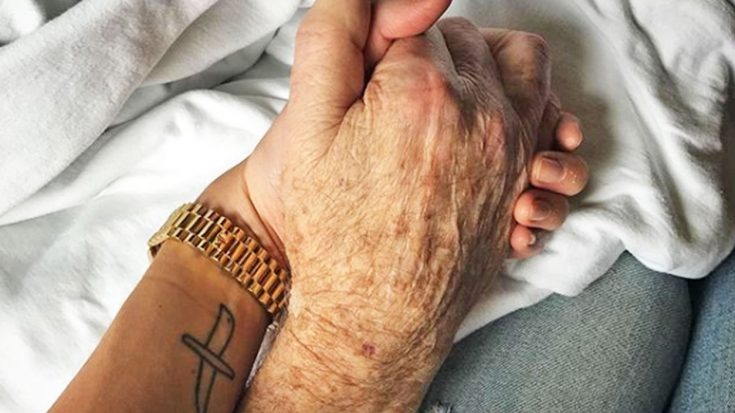 The world was rocked by devastating news that the great Glen Campbell lost his life following a five-year-long battle with Alzheimer’s Disease.

Following his heartbreaking diagnosis, the country legend hit the road with a few of his talented children, including his Grammy-winning daughter, Ashley Campbell.

“No one would want to live like that,” Ashley shared with The Guardian. “It wasn’t what I would call a life. There was relief. I was actually for years looking forward to his suffering being over, because I don’t think he would have wanted to live like that.”

While on the road with her father in the years leading up to his passing, Ashley watched as her father deteriorated right before her eyes. In the final moments leading up to Glen’s death, those closest to him gathered around him to wrap him in their love.

“When he finally did go, it was very peaceful, and I’m glad it didn’t last as long as it could have. One day, the doctors were saying it could be three to six weeks; the next, two weeks; half a day later, 24 hours to three days. So we called in the troops and everyone was around him. We just sat with him and held his hand,” she continued.

The great country singer died at age 81 of complications from Alzheimer’s disease while living in a full-time care facility in Nashville, Tennessee.

You can watch his final performance below.