By Miranda Raye on February 8, 2017
Advertisement 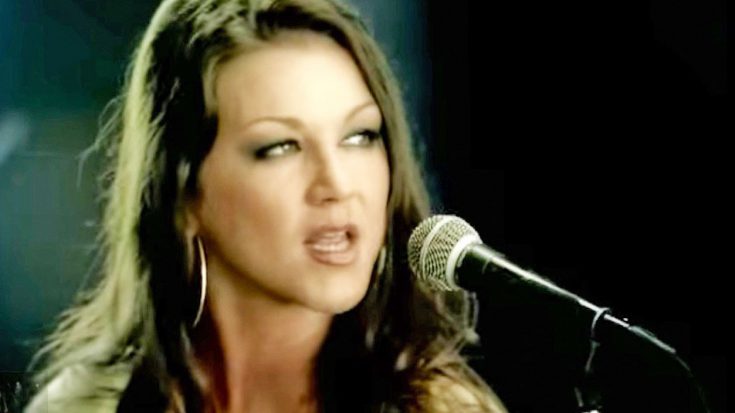 If you want to make a big debut in country music, just ask Gretchen Wilson how it’s done. Wilson shot to stardom overnight following the release of her debut single “Redneck Woman.” Nearly 13 years later, and “Redneck Woman” is still an anthem for country girls around the world.

Wilson wrote the sassy spitfire of a song with John Rich, who is also known as one half of the country duo Big & Rich. In the song, Wilson shares how proud she is to be a redneck, singing, “Some people look down on me, but I don’t give a rip. I stand barefooted in my own front yard with a baby in on my hip.”

For years, people have wondered what inspired Wilson and Rich to write “Redneck Woman.” Finally, Wilson revealed their inspiration during a recent interview with Taste of Country.

It turns out that the inspiration for “Redneck Woman” came from a surprising source…Faith Hill. Although Hill didn’t work on the song, Wilson said she played a huge part in its creation:

“John and I were sitting around watching country music videos and Faith Hill’s ‘Breathe’ was on. She’s gorgeous. She looks like a supermodel. She’s rolling around in satin sheets…I looked at John and said, ‘This is probably never gonna happen for me because I’ll never look like that, and I’ll never be that. That is just not the kind of woman I am.'”

When Rich asked Wilson what type of woman she was, she responded, “I’m a redneck woman!” The rest is history.

Plenty of other woman were able to identify with Wilson’s image in “Redneck Woman.” That’s a huge reason why the song was such a success, resulting in a number one country hit for Wilson.

Now that you know what inspired this feisty country song, check out its music video below!