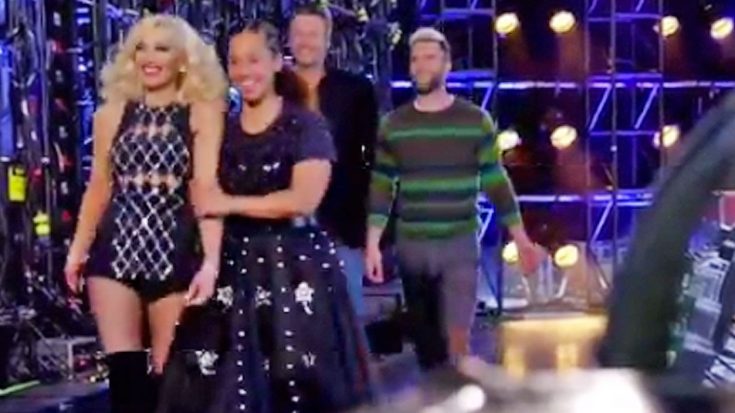 Looks like it doesn’t take a lot to make this country crooner jealous! The leading ladies of The Voice were caught backstage having girl talk by their fellow coaches, causing one to become incredibly stricken with jealously.

Longtime friends turned colleagues, Gwen Stefani and Alicia Keys, were chatting it up backstage on the set of NBC’s singing competition before having their girl time unexpectedly interrupted by Adam Levine and Blake Shelton.

“We were having girl talk,” Stefani told her country singer boyfriend. “Cute boys…” replied Keys when asked what exactly they were talking about.

“Oh me? You all were talking about me?” asked Shelton.

Keys doesn’t hesitate to burst Shelton’s bubble, explaining there are other things to talk about besides him. The ladies then backtrack, explaining that while they weren’t talking about him in particular, he too is a “cute boy.”

﻿Absolutely hysterical! You can watch it all go down in the video below!