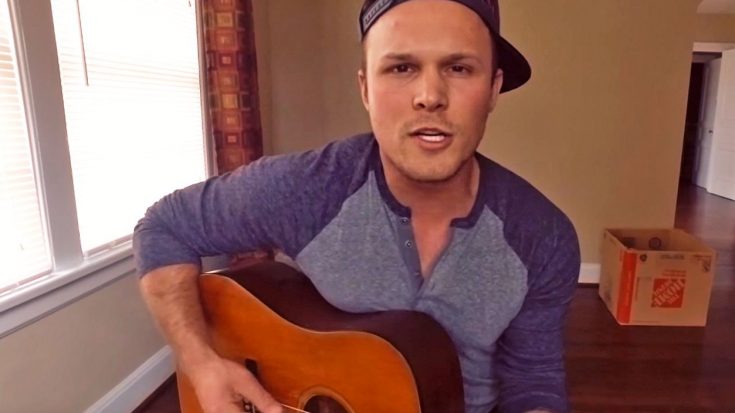 Country singer Aaron Parker had viewers battling a wide range of emotions when he delivered a cover of Jamey Johnson‘s nostalgic hit “In Color”. Sporting a baseball cap and handy guitar, Parker took fans on a vocal excursion back to the days of simplicity and family values.

The country boy kicked off his performance by strumming his guitar and shedding his remarkable vocal talent into the song’s chilling intro. As he continued to the chorus, his booming voice phenomenally carried each lyric, singing, “If it looks like we were scared to death/ Like a couple of kids just trying to save each other/ You should’ve seen it in color/ A picture’s worth a thousand words/ But you cant see what those shades of gray keep covered/ You should’ve seen it in color.”

Even after wrapping up his breathtaking performance of Johnson’s timeless tune, the talented young man treated fans to a bit of flatpicking, admitting that Kenny Chesney‘s music had been his musical inspiration. While the singer credited his guitar skills to emulating guitar player John Willis, he treated fans to a bit of Chesney’s song “Anything But Mine”.

We’re sure you’ll love this incredible performance filled with piercing emotions and quality talent. You can check it out below and be sure to tell us what you thought!