By Jennifer Pernicano on February 9, 2018
Advertisement 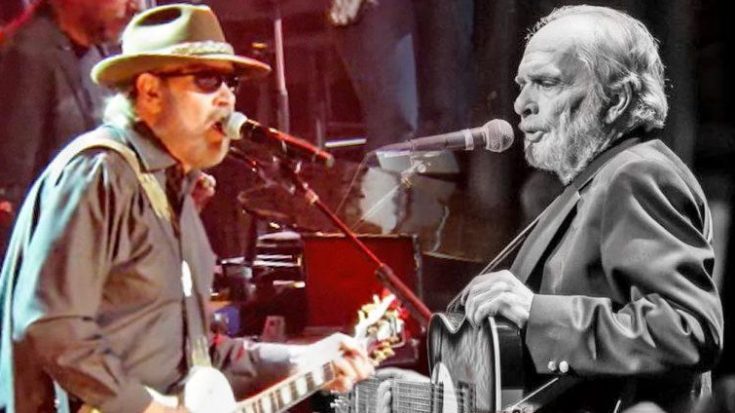 On the first anniversary of his death, country music legend Merle Haggard was honored with a tribute concert that brought the best of the best to the stage to pay homage to him.

Called Sing Me Back Home: The Music Of Merle Haggard, country singers including Miranda Lambert, Willie Nelson, Kenny Chesney, Jamey Johnson, Sheryl Crow, Alison Krauss, Toby Keith, and Hank Williams Jr. all came together to honor the man who was known to the world as “The Hag.”

With the help of Haggard’s legendary band, The Strangers, Hank Jr. tore up the stage the only way he knows he knows how – with gusto!

This isn’t the first time Bocephus has covered this particular Haggard tune. In 2012, Hank Jr. released his version of the song on his album Old School New Rules, which even featured new vocals from Haggard. The duo filmed some behind the scenes footage of them recording it and turned it into the lyric video.

We’re sure Hank Jr.’s longtime pal was looking down on him, enjoying the live performance of “I Think I’ll Just Stay Here And Drink”  just as much as we were! Watch it below.