Hank Jr. Pays Tribute To The Hag With His Classic Hit ‘I Think I’ll Just Stay Here And Drink’ 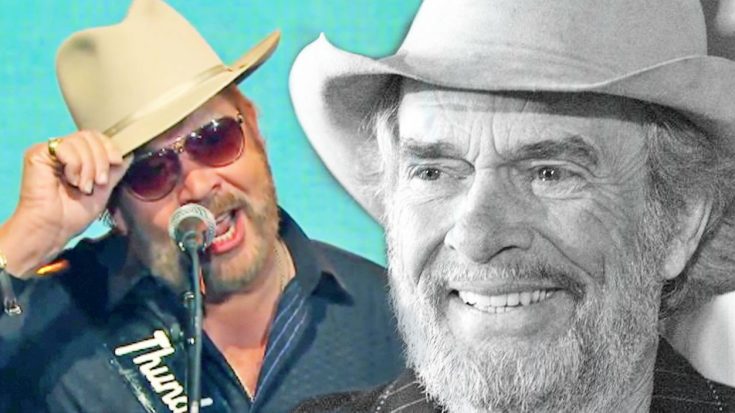 While we love his original songs, Hank Williams Jr. really knows how to pay homage to legends who came before him. He’s so good at it, he made a career of it when he was younger!

Decades in to his career, he is now considered a legend himself and continues to pay tribute to legends, including Merle Haggard. Recently, Hank Jr. stopped by CBS This Morning: Saturday to perform one of Haggard’s classic tunes and he did not disappoint.

Singing the 1980 hit song “I Think I’ll Just Stay Here And Drink”, Hank Jr. made The Hag proud by keeping the classic sound and mixing it with his signature gritty vocals.

At one point in the song, he tips his hat to Haggard so subtly that if you blink you may miss it! Little did anyone know, just a few years after this performance, Haggard would take his final breath on his 79th birthday, April 6, 2016.

Watch his incredible tribute performance below.

Hank Williams Jr.’s ‘A Country Boy Can Survive’ Box Set is available now on digital formats and in stores – it’s the perfect gift for the Bocephus fan in your life. Buy it here on Amazon!