By Jennifer Pernicano on April 23, 2018
Advertisement 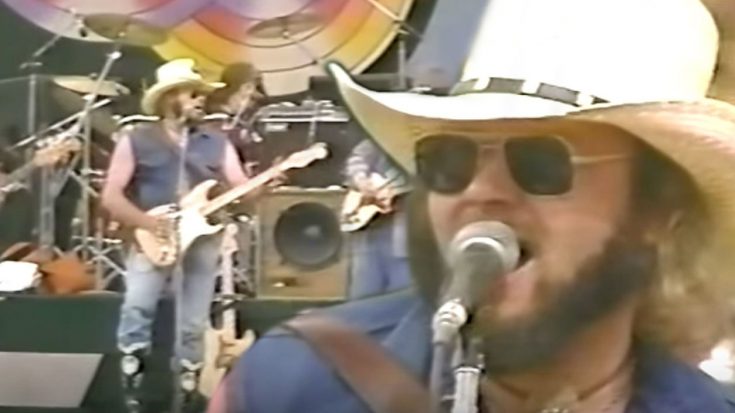 If you ask any country fan, Hank Williams Jr. is pretty much the epitome of not only the genre, but also the lifestyle.

Performing at the 1983 US Festival in front of 670,000 screaming fans, Hank Jr. and his band played a badass set, which included a rowdy version of his hit song “A Country Boy Can Survive.”

He began the song strumming his guitar, while sitting on a stool wearing just a denim vest.

When the song reached the climax, Hank Jr. stood up to deliver the final verses with as much energy as he could. Clad in cowboy boots and his signature hat, Bocephus emitted so many strong country vibes, we could feel it as if he was right in front of us!

That year’s US Festival had an entire day dedicated to country music and other performers included Willie Nelson, Ricky Skaggs, Emmylou Harris, Alabama, Waylon Jennings, and Riders in the Sky.

“A Country Boy Can Survive” quickly became a hit for the country legend after releasing it as a single on January 18, 1982. By March it reached the number two spot on the Billboard Hot Country Singles chart, and due to its success, it is now considered one of his signature songs.

Watch the kick-ass performance below; you’ll be glad you did!