Hank Williams Jr. Is Back And Rowdy As Ever In Brand New ‘Monday Night Football’ Intro 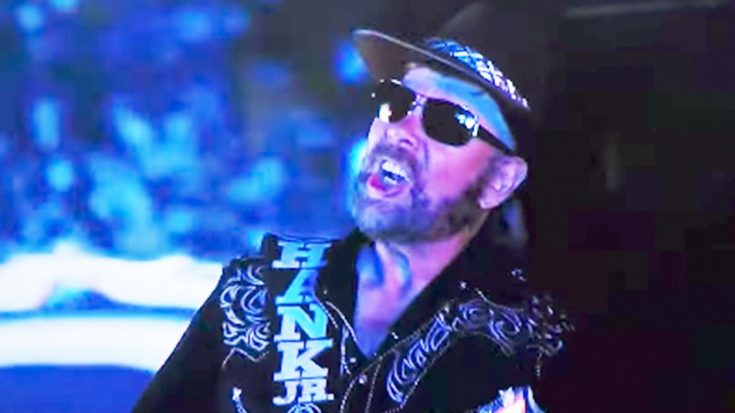 Bocephus is back, y’all!!

Joined by award-winning country duo Florida Georgia Line and pop sensation Jason Derulo, Hank Williams Jr. is back to get you and your friends ready for Monday Night Football on ESPN.

Hank Jr. began singing a variation of his song “All My Rowdy Friends Are Coming Over Tonight” before the ABC broadcast of Monday Night Football in 1989, making the phrase, “Are you ready for some football?” pretty much iconic.

The network pulled his intros back in 2011, but on Monday night (Sept. 11), he is back with a new version of “All My Rowdy Friends Are Here on Monday Night,” which debuted ahead of the New Orleans Saints and Minnesota Vikings game.

Back in June, ESPN announced his return with a photo from the video shoot.

“I think it’s a return to our past in that it’s such an iconic song associated with football,” said Stephanie Druley, ESPN’s senior vice president of events and studio production, according to The Tennessean. “It belongs to Monday Night Football. It really is about returning to what fans know. It’s a Monday night party and that’s what we’re all hoping to get back to.”

What do you think of the new intro with Florida Georgia Line and Jason Derulo? Watch it below.