By Jennifer Pernicano on January 25, 2017
Advertisement 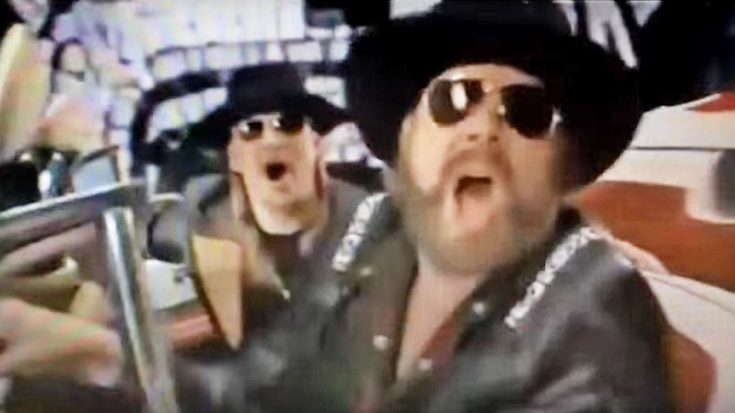 In a legendary act, Hank Williams Jr. and Kid Rock kicked off the 2003 Super Bowl with a badass introduction leading up to the epic face-off between the Oakland Raiders and the Tampa Bay Buccaneers.

They got the millions of viewers riled up for the annual championship game in a mashup video alternating between the two rockstars singing and the professional athletes gearing up for the game of their lives. While they may not have gotten the chance to play during the halftime show, they made more than an impression with their electrifying introduction video.

Super Bowl XXXVII took place on Jan. 26, 2003 at Qualcomm Stadium in San Diego, California, going down in history as the final NFL championship game to take place at the historic arena. The Buccaneers took home the gold in an overwhelming win against the Raiders 48-21.

Posted by Random History of the Day on Saturday, January 26, 2019

The two came together once again in 2012 for an explosive ode to redneck culture, “Redneck Paradise,” found on Rock’s ninth studio album Rebel Soul. The soulful tune plays into the singers’ deep roots as they sing about whiskey, wine, and a damn good time!

The music video for “Redneck Paradise” isn’t as wild as their Super Bowl Introduction, but it’s sure to get you excited about your own country roots.

Check out their Super Bowl introduction as you gear up for this year’s championship game!