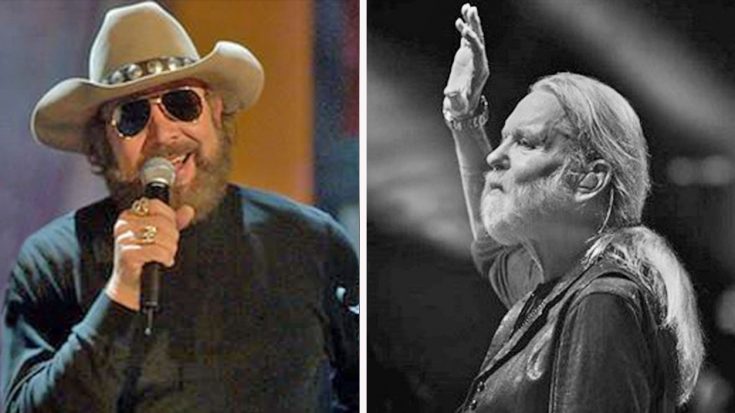 In 1983, the legendary Hank Williams Jr. released his album Man of Steel. It peaked at No. 3 on the Billboard Top Country Album chart, and the singles “Man of Steel” and “Queen of My Heart” hit No. 3 and No. 5, respectively. Man of Steel also became Hank Jr.’s tenth album to reach the Top Five on the Top Country Albums chart.

On it included a few new songs and a couple covers of classics like the bluegrass hit “Orange Blossom Special” and The Allman Brothers Band’s “Midnight Rider.”

It’s no surprise that Hank Jr. included his take on this legendary song for his Man of Steel album. He and Gregg Allman were actually great friends and shared many memories together before his death in 2017.

Hank Jr.’s version of “Midnight Rider” is so spot-on, it’s scary! He sounds eerily similar to Allman in his recording, which took place during the height of both of their popularities.

Allman first released “Midnight Rider” in 1970 with the Allman Brothers Band. He dropped it as a solo single two years later and it performed much better on the charts.

Take a listen to Hank Jr.’s cover of “Midnight Rider” below.