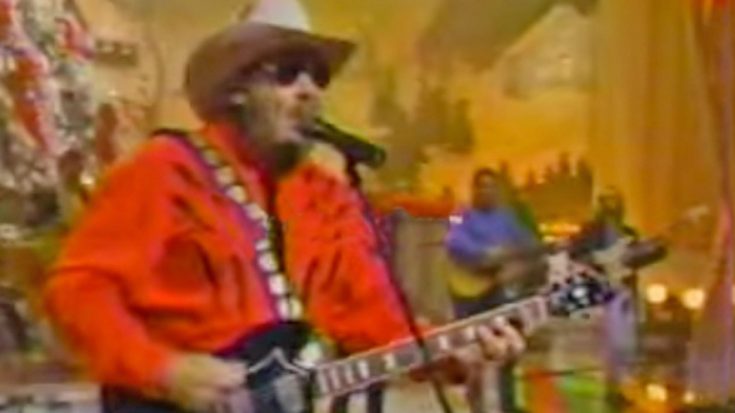 Is there anything better than Bocephus singing a Christmas song? The answer is no. Since he rarely does it, when he does, it’s awesome! This close to Christmas, we couldn’t let this special time go by without sharing one of our favorite Christmas performances of all time.

For a TV Christmas special several years back, Hank Williams Jr. walked on stage with a pep in his step. He began strumming his electric guitar and singing the Buck Owens song “Santa Looked A Lot Like Daddy.”

Owens released “Santa Looked A Lot Like Daddy” in 1965 and held the No. 2 spot on the yearly Christmas singles charts that year.

As always, when Hank Jr. covers a song, he puts his own spin on it. This performance is no different! The catchy song was kicked up a notch with guitar riffs, a faster beat, and Hank Jr.’s signature blues-rock-country sounding vocals.

Watch Hank Jr.’s version of “Santa Looked A Lot Like Daddy” below.