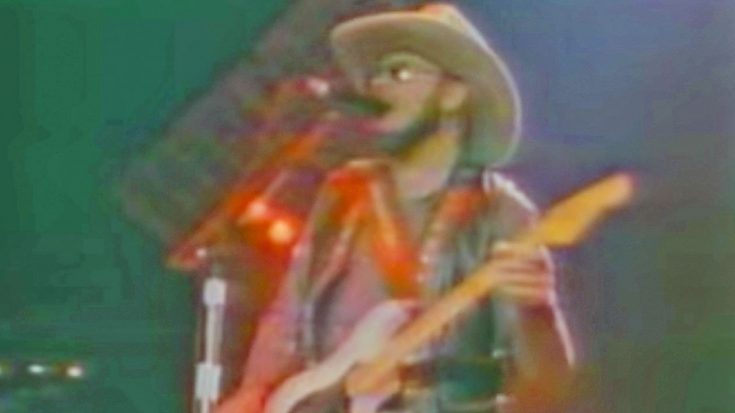 What do you get when you add Reba McEntire, Hank Williams Jr., Willie Nelson, Reverend Ike, and Tom Petty together? A rockin’ country music song that took over the number one spot on the charts for two weeks straight.

In 1986, Hank Jr. remade his dad’s 1949 hit “Mind Your Own Business,” which sounds eerily similar in tone and structure to “Move It On Over,” and recruited some of his most talented friends to sing it with him.

He sings the first verse, followed by McEntire, then Reverend Ike. Willie Nelson and Tom Petty round out the solos. Each singer gave their own spin to the song, and it was so awesome to hear. We just wish they all performed it together at least once!

If you like the studio version, you’re going to love the live version. Hank Jr. speeds it up a little and puts some more flair on it!

Hank Williams Jr. Is on stage in MEMPHIS. (? @TimGSimpson) pic.twitter.com/4aERwMJKuU

After singing McEntire’s section of the song, Hank Jr. hilarious says, “Tell ’em, Reba!” even though he is the only one actually singing! Enjoy the live version below.