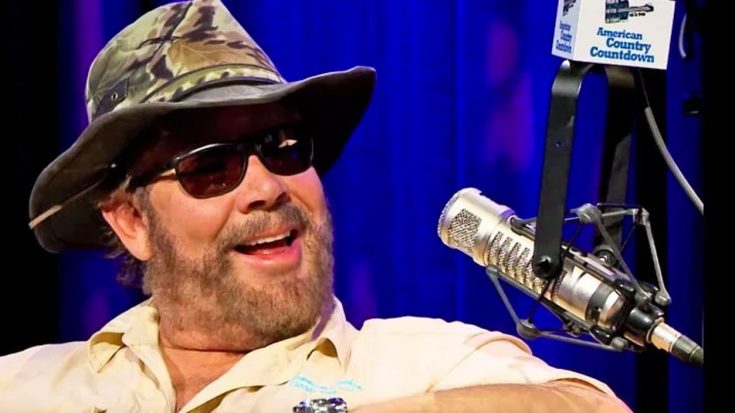 Much has been said, but little is known about the type of man Hank Williams was. His son, Hank Williams Jr., was just a young child when his father passed away, so he’s gotten to know him through other people’s stories.

Now, we have the chance to learn more about the “Hey Good Lookin’” singer through his son’s stories. Back in 2015, Hank Jr. sat down with Brooks & Dunn‘s Kix Brooks to talk about his greatest passions in life, music, and hunting. Kix uploaded the video from their interview in October 2016, and through that video, we learned that Hank Jr.’s passions aren’t much different from his father’s.

Smoking on a big cigar, Hank Jr. talked about his love of hunting, and how he had just had the mule deer hunt of a lifetime. Kix recalled one time that Bocephus had a show in Vegas and flew to Montana during the day to go hunting, before returning to Vegas for his show later that night, and the crowd was none the wiser.

It’s his passion for hunting that Hank Jr.says he gets from his dad. He recalled a story that country comedian and Hee Haw star Minnie Pearl once told him about his father, describing how much he loved to go hunting.

Hank Jr. said that Minnie told him it didn’t matter how many people his dad had at a show. For some reason, he never wanted to talk to her about his music, but he always brought up hunting.

“He didn’t say anything about the music part,” he remembers Minnie saying. “He had to tell me his next story about his squirrel dog.”

Then Hank Jr. said that Minnie informed him he was “exactly” the same as his father. You know what they say, like father like son!

Tune in below to listen to him talk more about his music, his hunting, and of course, his father.