Hank Williams Jr. Takes Us Down Memory Lane With A Medley Of His Own Hits 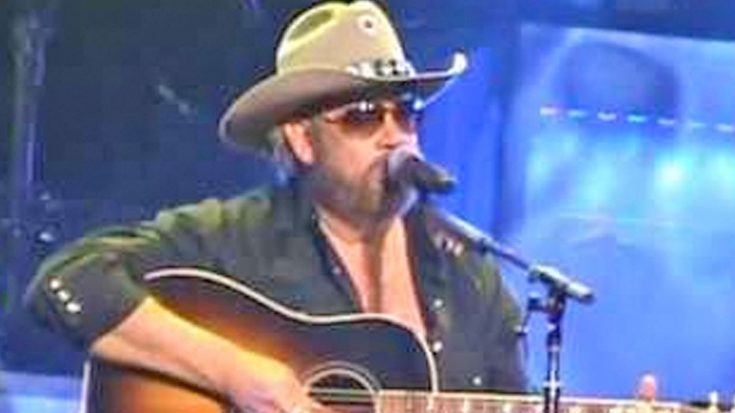 While playing a concert at what used to be known as the UCF Arena in July 2013, Bocephus took us to church during a medley of his and his daddy’s hits. He had the whole crowd worshipping him as he played hit after hit after hit.

Some of the songs he played included “All My Rowdy Friends”, “Dinosaur”, Outlaw Women”, and “There’s A Tear In My Beer”.

He sat on his chair at center stage with just his guitar, like he does every concert, and entertained the audience with his biggest hits. The crowd cheered and sang along to each song, loving each one more than the last.

Can you name all the songs? Let us know in the comments!

Watch his medley below.