Hank Williams Jr. & Waylon Jennings Will Knock Your Socks Off With Epic Duet ‘The Conversation’ 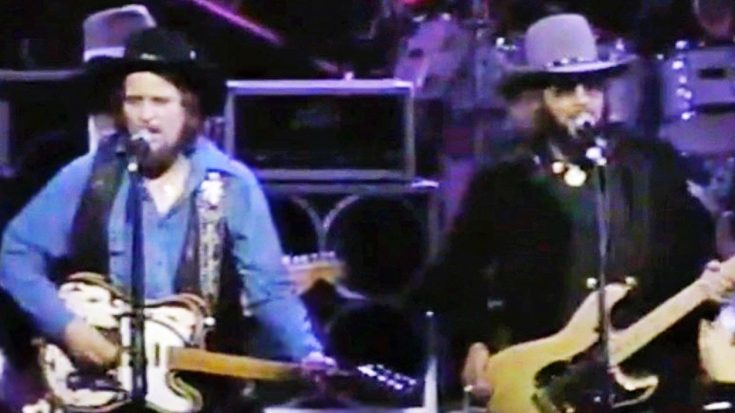 Hank Williams Jr. and Waylon Jennings are two of the biggest stars to ever grace country music. So you can bet that it was one sweet day when these two “outlaws” first struck up their friendship.

Williams and Jennings’ friendship resulted in one epic collaboration, titled “The Conversation.” Written by the two singers and Jennings’ drummer Richie Albright, “The Conversation” is exactly what its title says it is. The song takes on the tone of fun chat about country music, as Jennings asks Williams questions about his legendary father, Hank Williams.

Fans responded well to “The Conversation,” and it was a decent hit. It managed to climb all the way to the 15th spot on the U.S. country chart and was even more popular in Canada, where it hit the 12th spot.

Williams and Jennings also recorded a music video for the song, which was a rarity in 1983. In fact, it was so rare that the video for “The Conversation” was the first one Jennings had ever recorded, and it was only Williams’ second.

As neat as the music video was, it was even better to watch Williams and Jennings sing the song live. The magic that happened whenever those two shared the stage was something no one could explain.

To prove just how well Williams and Jennings worked together, all you have to do is watch them sing “The Conversation” during William’s A Star Spangled Country Concert. The two fed off of each other’s energy throughout the song, and ended up delivering a rowdy performance that everyone enjoyed.

Man, how we wish we could have been there to witness this “conversation” between two country greats! At least now we have a video so we can enjoy it for generations to come.

Go ahead and scroll down below to watch Williams’ and Jennings’ duet on “The Conversation.” It will really take you back!