By Jennifer Pernicano on January 28, 2018
Advertisement 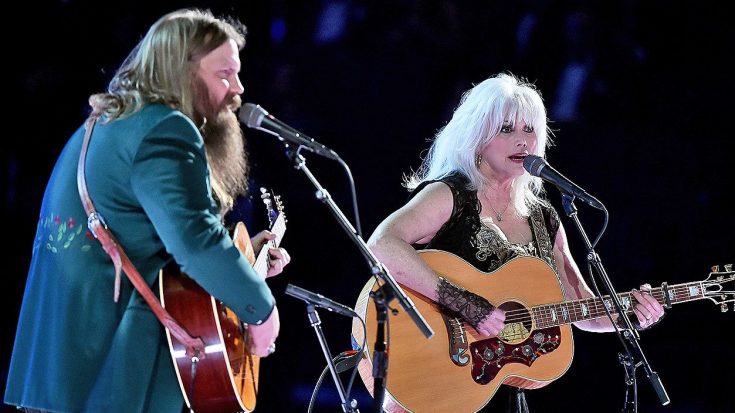 On Jan. 28), 2018 musicians from every genre flocked to New York City to attend the 60th Annual Grammy Awards held at Madison Square Garden. Hosted by James Corden, the night started off with a bang!

Artists from all genres were well-represented, including country music. Little Big Town, Maren Morris, Eric Church, Brothers Osborne, Chris Stapleton and Emmylou Harris were all in attendance, just to name a few!

Harris has won 14 Grammys in total. Her first win came in 1977 for Best Country Vocal Performance, Female for her song “Elite Hotel” and she most recently won Best Americana album in 2014.

Grammy-winner Stapleton was nominated for three awards that evening – Best Country Album (From A Room: Volume 1), Best Country Song (“Broken Halos”), and Best Country Solo Performance (“Either Way”), and won all three, bumping his total number of Grammys up to five.

While they were both there to win awards, they also joined forces to deliver a harmonious performance of Tom Petty’s “Wildflowers.”

Their voices sounded incredible together while they sang pitch-perfect harmonies throughout the entire song. Their performance served as the beginning of the In Memoriam segment of the prestigious awards show.

Watch a clip of Chris and Emmylou’s Grammy performance below.