By Manly Bryant on August 22, 2016
Advertisement 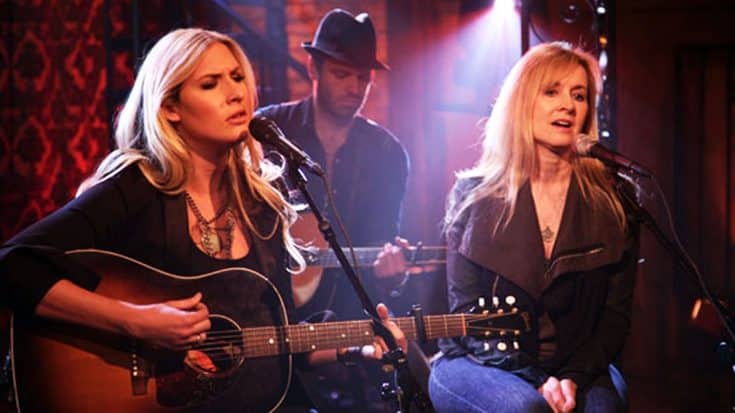 Holly Williams, daughter to country music legend Hank Williams Jr, no doubt had some big boots to fill when she embarked on her music career at the age of 17. Since then, she has continued to showcase her family’s talent through her soulful vocals and inspirational, self-written songs that consistently satisfy her audiences’ musical craving.

Perhaps it was the live performance of her original “Mama”, however, that made this under appreciated musician win over our achy breaky hearts and allowed us to recognize that, regardless of any legendary bloodlines, Holly is on a mission to create her own legacy.

Back in April of 2015, Holly took to an intimate stage for a live performance in Nashville where she introduced what she called her “thank you song to Mamma”. She pressed on to explain how, despite any of her father’s wrongdoings, her mother ceased to speak negatively of him and refrained to pressure her and her siblings to doubt the man they knew as “daddy”.

Holly makes a joking comment in light of her mother’s relationship status and encourages any “Christian cowboys.. between ages 52 and 65” to find them post performance before cascading into her beautifully written original.

With her mother singing backup, Holly reminisces on her mother’s trying times in her marriage and persists in glorifying her for the strength and happiness she demonstrated despite the plethora of hardships.

The heartrending song pays an incredible tribute to Holly’s highly-respected mother and deems a tear-worthy performance. Holly’s musical sound continues to attract a fan base of classic country fans as her rise to fame grows daily.

Check out Holly’s emotional tribute below.