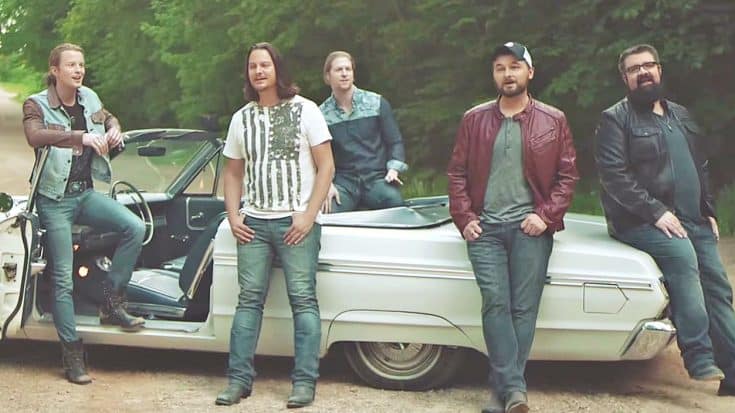 Since winning The Sing-Off in 2013, Home Free have continuously amazed with their covers of country and pop hits, along with their original music. The a cappella group has tackled some of the most beloved country classics of all time, from Johnny Cash‘s “Ring of Fire” to Lee Greenwood‘s “God Bless The USA.”

Known for their stunning harmonies and unique arrangements, Home Free has a huge following on YouTube, where they frequently share cover videos. The videos themselves are works of art, like their “God Bless The USA” cover for example, which was shot in front of Mount Rushmore.

For another music video, Home Free decided to take on one of the hottest songs on country radio in the past decade, Maren Morris‘, “My Church.” Released in January 2016 as Morris’ debut single, the song instantly put her on the map as one of country music’s rising stars.

The song’s lyrics have a gospel vibe, as Morris figuratively describes country music as being her “church.” But when it came to their cover, Home Free decided to take it one step further by giving it a real gospel twist.

In adding an element of gospel to their cover of the song, Home Free managed to take it and make it entirely their own. The members switched off singing lead, but came together on the chorus and at the end of the song. Those moments can only be described as chill-inducing, due in large part to their perfect harmonies.

Shot in front of a old car, Home Free pays homage to Morris’ music video for the song, which shows her driving around in a 1970s Mercedes Sedan.

It’s no surprise why this cover quickly became a favorite of Home Free fans far and wide! Check it out below!

That's our church. Thanks to Maren Morris for writing such a brilliant song.> We want ya to keep in touch, dang it! Subscribe for free to our newsletter: HomeFreeMusic.com/Newsletter