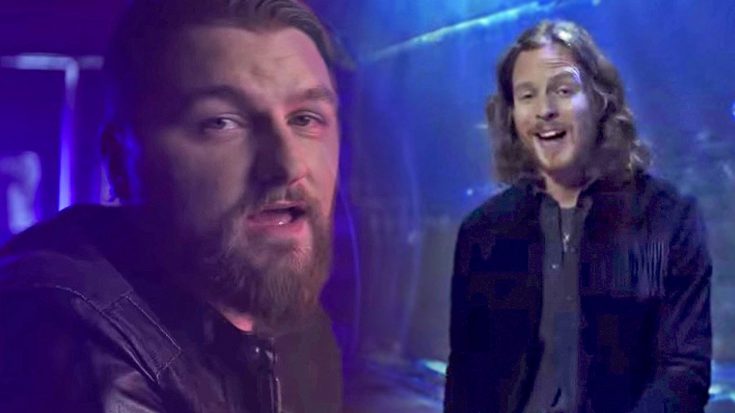 The guys in Home Free have proven that they are capable of covering any kind of song. From peppy tunes such as John Michael Montgomery‘s “Sold,” to country classics like Johnny Cash‘s “Ring of Fire,” Home Free has done it all.

They’ve also covered their fair share of romantic country songs, which are always a big hit with their fans. For example, their a cappella rendition of Thomas Rhett‘s “Die a Happy Man” has reached over four million views since it was posted in August 2016.

Then in April 2017, Home Free shared a new cover of another romantic country hit. We’re sure you’ve heard the song “Think a Little Less,” which was a huge hit for country singer Michael Ray in early 2016.

If you liked the original recording of “Think a Little Less,” then you’re sure to fall in love with Home Free’s version. The group is known for their brilliant harmonies, and those are perfectly showcased in this cover. Talk about mesmerizing!

Home Free also released a music video to go along with their cover of “Think a Little Less.” They took a unique approach with the video, as each member of the group shot their part in a different location. The whole concept was that the guys were on a date of some sort with a special someone in their life, and they were singing right to them.

For example, lead singer Austin Brown could be seen enjoying the beauty of an aquarium, while tenor harmony singer Rob Lundquist whipped up a home-cooked meal.

Go ahead and tune in to Home Free’s cover of “Think a Little Less” in the video below. You’ll fall head over heels for it in no time at all!