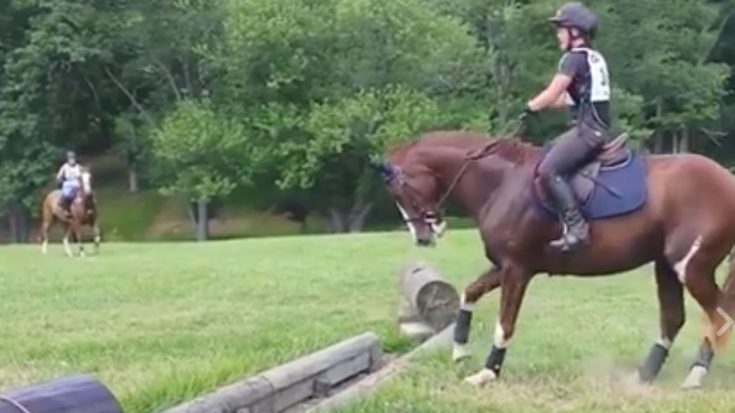 There is no wonder why this video has been viewed over 10 million times. It will make you laugh out loud and want to re-watch it over and over again.

One rider and her horse were about to jump over a small wooden obstacle, when the horse had to think twice about it.

After approaching the obstacle at a good speed, the horse abruptly stopped, as if he wanted to re-evaluate what he was about to do. Now, we aren’t sure if this happened because the horse wanted to recalculate his next move, or what, but we do know that it’s hilarious!

He felt around a little with his front legs, before finally jumping over the obstacle, which he could have just stepped over. When he eventually did it, the height of his jump added with starting from a stand-still position made it really awkward.

The folks filming the video erupted into laughter after the jump, which had the rider holding on for dear life after the landing.

This Horse Is So Dramatic

Everyone has to start somewhere /p>Posted by LADbible on Tuesday, April 25, 2017