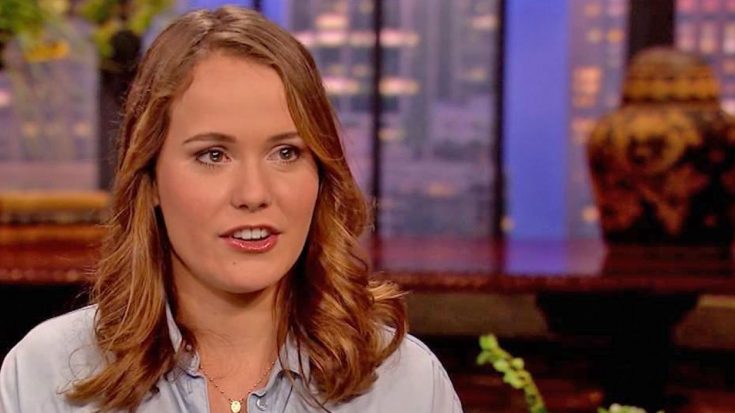 In a recent blog post, Mary Kate Robertson revealed she “struggled badly with depression”. She only touched on the subject, but did share that she soon would dedicate an entire post to her story.

Less than a week after that revelation, she shared her longest and most honest post in her year of keeping a blog. She has been thinking about how to write her feelings down for the last seven months and she finally has the words, the courage, and the strength to tell her story.

In the weeks leading up to her June 2015 wedding to her now husband, John Luke, she became extremely stressed and her arguments with John Luke became bigger than they had ever had before.

Although the actual day of the wedding was “the best day of [her] life,” she would cry “for no reason” on their two week honeymoon to Australia and Bora Bora. She didn’t think it was normal behavior. She’d just married the love of her life and she was living in paradise!

A few months later, she and John Luke moved 18 hours away from their families to attend Liberty University in Lynchburg, Virginia. The stress of a new school, being away from family, and their living situation put a toll on her mental health, and their relationship.

“Our little home was supposed to be ready in October but we didn’t get in until February. Our first year of marriage we lived in at least 10 different places, including AirBnB’s and friends’ homes,” she writes. “During this time I cried every single day. There was always this overwhelming feeling of sadness. I felt overwhelmed by social situations and talking to people. I was extremely stressed out over my classes. I got anxiety over driving. My heart was constantly aching. At first I felt like I had the right to be upset over moving. That I had the right to be mad. I didn’t want to be happy about being there.”

A lot of things were not going as planned and that takes a toll on a person. Each month Mary Kate and John Luke thought they would be moving into their home, there was another delay, so they went to another Air BnB. She went from an A student, to struggling to keep up with her classes. A car accident gave her anxiety over driving and left her car-less for three months.

She finally spoke to her parents about her feelings and found out her dad had struggled with depression as well. She also found out it may be due to her diagnosis of Lyme Disease and Chronic Fatigue Syndrome years ago.

After seeing a doctor, he discovered her depression was caused by “a combination of the birth control [she] was taking and a vitamin B12 deficiency”.

Now, seven months after the doctor’s discovery, she is feeling happier than ever.

“I am not in the darkness anymore…I am walking in the light and so happy to be here.”