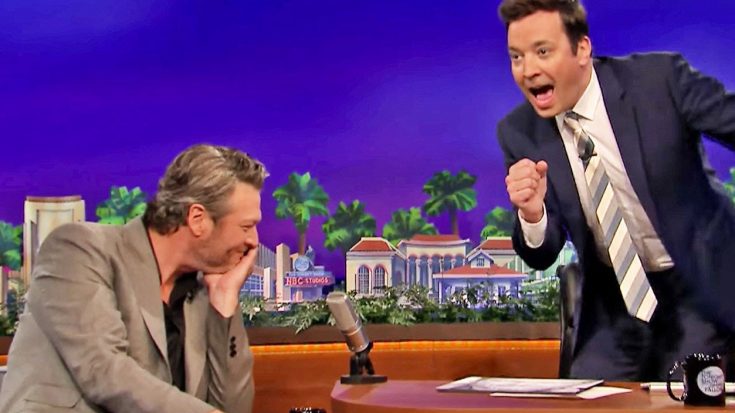 It’s just so easy to tease Blake Shelton about his relationship with girlfriend Gwen Stefani, and talk show host Jimmy Fallon may just be the best at it.

The country singer stopped by The Tonight Show Tuesday night to promote what is suspected to be his next single off his hit-making album, If I’m Honest, but it seemed like Fallon had something else in mind. After sharing he intended on performing his song “Every Time I Hear That That Song” for the audience, the talk show host shared his favorite song was “A Guy With a Girl.”

“You don’t even listen to country music!” said Shelton attempting to call Fallon out on his lie.

“I love country music!” fired back Fallon before asking the band to drop him a beat.

The country singer quickly became overcome with embarrassment, hiding his face in his hands throughout much of Fallon’s performance. However, Shelton admitted it was “pretty funny.”

You can watch the hilarious parody of “A Guy With a Girl” below.