By Miranda Raye on February 22, 2017
Advertisement 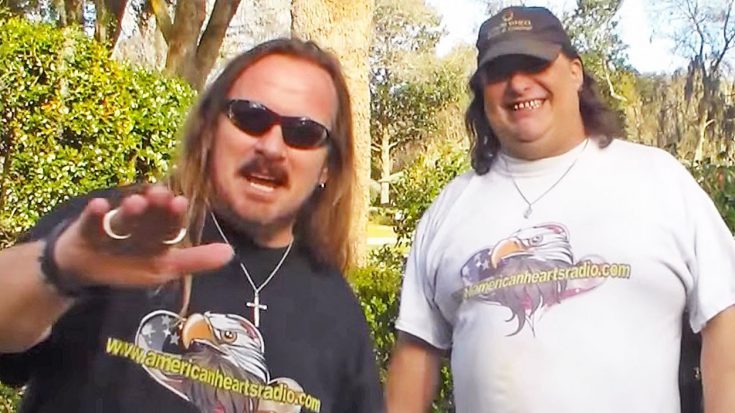 When Lynyrd Skynyrd‘s lead vocalist Ronnie Van Zant was killed in a plane crash in 1977, he left some pretty big shoes to fill. Skynyrd went on hiatus following the crash, as the surviving members mourned the loss of Ronnie as well as guitarist Steve Gaines and Honkette Cassie Gaines.

Finally, Skynyrd decided to come back together in 1987 for a short reunion tour. The newly-formed band made their debut at Charlie Daniels‘ Volunteer Jam that year, with Ronnie’s younger brother Johnny Van Zant leading the charge.

All these years later, Skynyrd’s still here, and Johnny is still the group’s fearless leader. He has gathered up a lifetime of memories relating to his time with Skynyrd. But which one is his favorite?

Johnny dished on his favorite Skynyrd memory during an interview with American Hearts Radio CEO Mike Aloia. Mike also happens to be a good friend of Johnny’s, so the interview had a fun and casual vibe.

When Mike asked Johnny what his most memorable moment was from being with Skynyrd, he struggled to sort through all of the great memories. Finally, he settled on one that stuck out the most in his mind.

“I guess probably for me with Skynyrd would be the Volunteer Jam that I did in Nashville years and years ago…first gig ya know?” he said.

It turns out that Johnny was referring to the 1987 Volunteer Jam, which is when Skynyrd made their official return. We think that’s a pretty good memory too!

Johnny had a lot more to say about his time with Skynyrd in his interview with Mike. You can check out that full clip below!