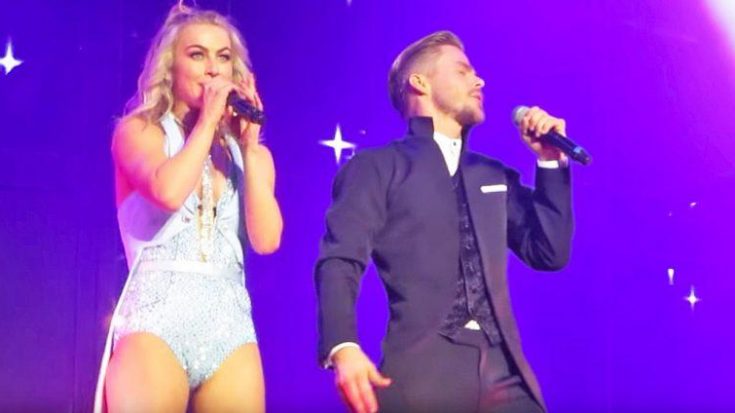 Your favorite dancing siblings are back and better than ever! Julianne and Derek Hough kicked off their 2017 Move Beyond: Live Tour, and from footage that has surfaced, it was a time to remember!

As videos from the show begin to slowly flood the internet, fans unable to make it to the tour have been able to get a glimpse into what the show-stopping tour is all about. A video recently surfaced of the multi-talented siblings dancing along while they tell the story of when they first came to Hollywood before breaking out into an adorable Disney medley.

The blonde siblings vocals were at the top of their game during their performance, singing songs from Frozen, Beauty and the Beast and much more! The Houghs completed their performance with an epic dance off that would leave even the most seasoned of professional dancers shaking in their boots.

Julianne and Derek played a critical role in the development of their third Move Beyond tour, working day in and day out over the past few months planning every detail of the complex production. The siblings hoped to share their life stories through the show – highlighting both the highs and the lows – and the importance of learning to move through the obstacles of your life.

“There’s a through line for the show that kind of tells a story of ups and downs and the struggles of life, but you’ve gotta keep moving, because the more you move directly affects the way that you feel,” Julianne said according to Yahoo!.