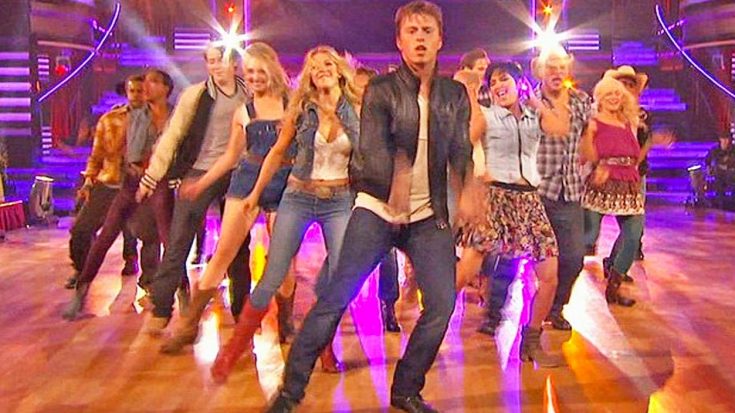 It’s no secret that Julianne Hough is one of the most talented dancers in the business. However, in addition to tearing up the Dancing With the Stars competition year after year, Hough has a few more talents up her sleeve.

After taking a break from DWTS, Hough returned to the show to promote the 2011 recreation of Footloose, which she starred in as the lead actress.

“I am so grateful to be here, this is my family,” said an emotional Hough. “This is my home. Thank you guys so much for having me back!”

Blake Shelton resurrected the critically acclaimed anthem of the 1984 musical drama, Footloose, with a rowdy rendition of the line dancing classic. The country singer joined Hough and Footloose star Kenny Wormald to perform their version of the hit with the help of Dancing pros.

Footloose takes place years after a horrific car crash took the lives of five teens in the town of Bomont. Following the crash, the town developed a ban on dancing at the instruction of Reverend Moore, the father of one of the deceased. Fast forward as Boston native Ren McCormack, played by Wormald, moves to Bomont and shakes up the town with the help of the Reverend’s rebellious daughter, Ariel, played by Hough.

“Footloose” was co-written and recorded by Kenny Loggins for the soundtrack of the 1984 version of the musical.

You can watch Julianne and the cast dance to “Footloose” below!