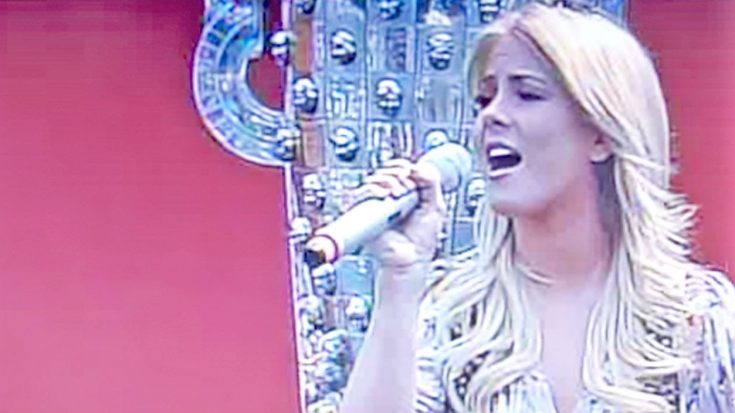 Before every major sporting event, there is a tradition of singing the National Anthem. Placing our hands over our hearts and singing along to whomever is singing “The Star Spangled Banner” just feels right.

At one of the most televised NASCAR races of the year, the Indianapolis 500, all eyes were on Julianne Hough in 2008 when she stood center stage to sing the National Anthem before the drivers started their engines.

Riding high off a successful country music debut, NASCAR invited Hough, who was the 2009 ACM New Female Artist of the Year, to sing the National Anthem and she hit it out of the park.

The cameras panned to several drivers getting mentally prepared for the race, including Danica Patrick and Buddy Lazier. She hit the final note as planes flew overhead and the crowd cheered loudly.

Watch her performance below.