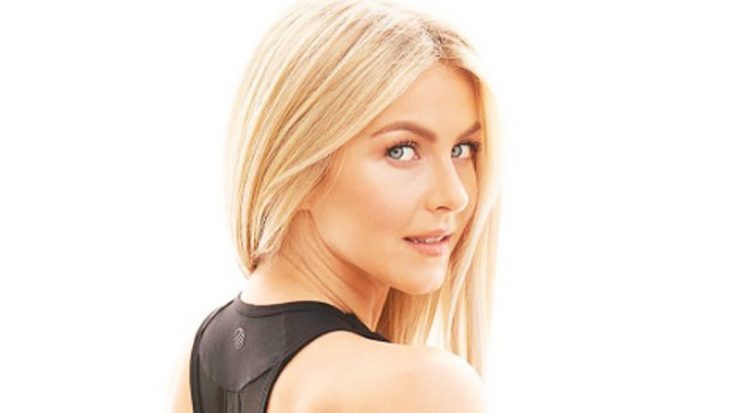 As a dancer and overall fitness enthusiast, Julianne Hough is constantly working toward having a healthier and stronger body. She was recently able to combine her passions for fitness and acting into one when she was cast as physical fitness expert Betty Weider in the upcoming film, Bigger.

Although Hough is often praised by fans and the media for her fit physique, she still falls subject to body shamers. Hough opened up about her experience with body shaming during an interview with Shape magazine, and also shared how she handles such comments.

Speaking to Shape, Hough revealed that she has been criticized before for looking like she has gained weight. On the opposite side of the coin, she has also been shamed for looking too thin.

“One day I’m too skinny, one day I’m pregnant,” she said. “Everybody has a comment and an idea of what you should look like.“

Although Hough tries not to let the hurtful comments get to her, she can’t help but let them affect her a little bit. However, she doesn’t dwell on those feelings for too long, because she realizes the body shamers aren’t attacking her personally:

“One thing I learned, I think from [the book] ‘The Four Agreements,’ is that when you take things personally and think something is about you, that’s the biggest form of selfishness you can have. That really made me think, ‘oh my gosh, I don’t want to be selfish!’ So I started thinking about it that way: I can’t take this personally. I can’t think it’s about me when it’s really not.”

#takemebacktuesday I'm so grateful that we were able to visit and experience the beauty and adventure of the Seychelles for our #honeymoon this summer. What are some of your favorite places that you've visited? ?: @brookslaich

Plus, Hough knows that those who body shame her have no idea what she is going through at any given time. For example, Hough has endometriosis, a condition that causes severe pain during her menstrual cycle. Whenever that occurs, her stomach can appear bloated and puffy, which prompts people to start criticizing her weight if she is photographed during that time.

For example, Hough recalled recently taking a trip to the beach when her stomach was a bit bigger due to her endometriosis. Immediately, people assumed that her appeared weight gain meant that she was pregnant.

Hough also made it clear that when she appears thinner, it’s not always because of diet or exercise, but rather is due to unhappiness or stress. ﻿

“I might be the most skinny or most shredded that I’ve been in a long time, but it might be because I’m just really stressed out, not because I’m in good shape,”she said. “Or maybe I’m a little fuller-figured, but I’m so happy and am actually in a very good place personally.“

Hough has always looked great, even way back in the day when she was kicking off her country music career! Check out one of her music videos below.

What do you think of what Hough had to say about the way that she handles body shaming?